Giving Until There's Nothing Left - But My Child NEEDS Me! 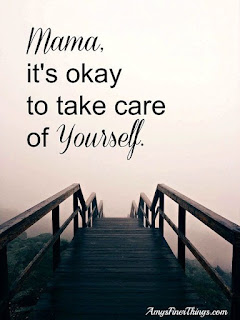 By the time most women reach out, I think we have hit rock bottom. Maybe it only seems that way because we don't find what we think we need and just keep reaching and reaching. Like most moms, especially moms of special needs children, I gave and gave and gave until there was nothing left. No reserves. Nothing. I was completely empty. That's hard to come back from. Here are some things I did to help myself: AVOID TOXIC PEOPLE
One, avoid toxic people as much as possible. I belonged to some groups that had nothing positive to say. Anytime someone gave some practical advice or even tried to offer hope that things will get better, everyone jumped in and said, "No! You're wrong! Everything is going to end badly! It's too late! There's no hope."

When I was in a better place in my journey, I went back to some of those places to try to offer hope and "rescue" some of the newbies and direct them to more positive, supportive groups like the one I moderate now), but eventually I realized I couldn't even tolerate that.

I still try to help parents new to the idea of kids with attachment and trauma issues, as well as those who are struggling in the trenches. This is one reason the FaceBook group I moderate (Parenting Attachment Challenged Children) is only Closed instead of Super Secret like most online support groups. This means parents can search for it and don't have to know someone already in a group to sponsor them. I wanted to reach out to newbies and those who still have and/ or want hope. FINDING THE JOY 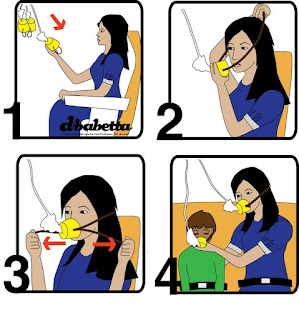 Two, I really do believe my post about Finding the Joy STOP GIVING UNTIL THERE IS NOTHING LEFT There is a point where we realize that we have given too much. I once overheard a teen like mine being told she was a "bottomless pit of need." I was a college student at the time and thought the caregiver was mean, but now I know what he meant. We give and give and give, and they are so broken that they not only can't give back, but they're probably never going to be able to pick up the torch and take care of themselves. It's like they say in airplanes, you have to put the mask on yourself before you can help your child. I gave too much of myself and had nothing left. I wasn't a good mom to ANY of my kids and there was nothing left of me as a person either. Once you prioritize yourself, set boundaries, and give yourself time to heal... ONLY then can you help your child. Caring for the Caregiver. The problem is it feels like there is no good time to take that time. 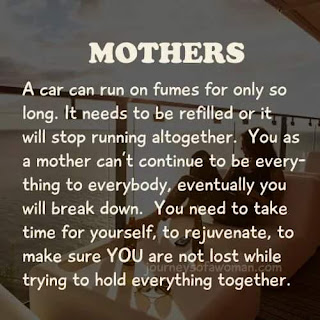 You're always up to your neck in your child's troubles. At a certain point, you have to stop throwing on band-aids and patches trying to keep things afloat and realize that it's only you holding everything together and there is no end in sight.

How long can you hold out? I finally stopped. I felt hopelessly guilty about it, and I got a LOT of pressure from everyone around me to pick everything up again, but now that I'm in a better place I can pick up what needs to be done again (and it's MY decision what "needs" to be done).

Prioritizing Yourself, Your Family, and Your Child - In That Order**
I'm still helping my child (and of course I often feel guilty about not doing more), but I will no longer sacrifice my other children, my family, my marriage, my health, ME! for my child. I think we're all in a better place because of that.

SELF-SACRIFICE Yes, my children need my help to get through their daily life.

No, my children will never be independent, responsible adults. Yours hopefully may, but mine will not. It's not what I want for them, but it is what it is.

After my marriage is a mess? Or worse... over.

When my other children are struggling, because they weren't the squeaky wheel?

When I'm lying in a hospital (or psych ward), because I've trashed my own health?
(Secondary PTSD/ Caregiver Fatigue)

You have to let it go. You have to re-prioritize with your individual child's needs last.  (Prioritizing Yourself, Your Family, and Your Child - In That Order!)

I'm NOT saying you shouldn't advocate and support your child. You should.

I'm just saying, it can't be by sacrificing everything else. That's not in the child's best interest either. How would you feel if your child learned from your sacrifices that a mother/ woman is not worthy of the self-respect that you're trying to teach them? Is that really what you want to teach your child?

That was an important concept for me to realize. By letting my child walk all over me and by sacrificing my needs for theirs,

I was teaching my children: 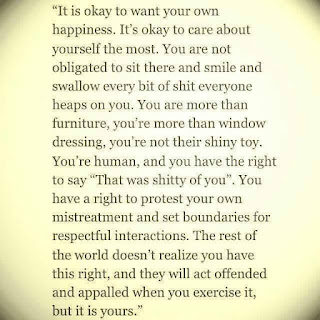 You Have Not Failed!

Sometimes our kids are just too "broken" to help. Maybe you could have done more (maybe you did too much), but that doesn't mean your child's healing is within your control. It's not. Mama guilt is real but rarely deserved.

I know you love this kid, and I know it hurts, and I know you long for that relationship... I know! Your role as a mother is to offer that love and mothering role. That's it. To offer it. Your job as a caretaker is to do all the other stuff - discipline, safety, etc etc. That's not the love role, that's the job.

We spend most of our time in the job part, desiring so much to do the mothering part. But if they can't do their part, and come appropriately for the mothering part, then we can't give it to them, and we're stuck with the "warden" job role. NOT OUR FAULT. Not necessarily the kids' fault either, all the time. But don't take it personally, because you are only hurting yourself - and giving them more power to treat you like shit.

Take the emotion out of the caretaker role - it has no effect on YOUR life, on how YOUR life goes - take the one who earned it to the fair, YES!!!, get the other a babysitter, that one's actions are not affecting YOUR ability to have fun....
- this is what our psychiatrist (new) told us this past week. I didn't just make this shit up.  And if I'm reading it right, this kid will heal or not, we're doing everything we can. But this is about US surviving, OUR FAMILIES flourishing in the midst of this shitstorm." ~ A Trauma Mama

Posted by marythemom at 11:15 AM No comments: