Here's the letter I just sent the school:

1. I am officially requesting that calling parents for emotional support when Kitty is displaying "Acting In" behaviors needs be added to Kitty’s Crisis Plan. Until she’s able to consistently demonstrate that she can meet her Behavioral IEP goals of being able to express her feelings to school staff, she needs to have easy access to a person she knows and considers safe (myself or one of her therapists) during this time of emotional instability. I will continue to encourage her to share her feelings with school staff, and to return to class as appropriate. Until Kitty is more stable it is detrimental to her emotional health and feelings about school, to not allow her access to these trusted adults.


Behavioral IEP Goals:
Using a scale, Kitty will verbalize or express her feelings to a trusted adult in the school setting a minimum of 1 time a day
When Kitty is expressing anxious feelings or exhibiting "acting in" behaviors, she will request the assistance of a trusted adult 5 of 5 times


2. Kitty is still working on trusting staff enough to express her feelings, but she’s expressing that when she tries it feels like she’s not being heard, which of course defeats the purpose.

3. Rating scales need to be more concretely defined for Kitty. Kitty needs to understand exactly what the scores on the rating scales mean. When asked, “on a scale of one to ten, how suicidal do you feel?” she told the crisis assessment counselor she was a 6. When asked to elaborate, she said she felt suicidal, had a plan, but unlike a 10 she didn’t have the means (no rope or belt). To me, this would be more like an 8 or 9! Obviously the crisis counselor agreed, because she sent Kitty to the hospital.

4. We have still only received two Behavior Reports to date.

5. We are officially requesting alternative placement for Kitty again. for the following reasons:


6. I’ve heard a lot of concern that if Kitty is allowed to continuously leave the classroom then she’ll develop issues with not wanting to return. My response to this is that Kitty is in crisis mode. Like a person undergoing major surgery needs morphine, despite the fact that it is a highly addictive drug, we need to focus on what is best for Kitty right now and deal with the fall out later when she’s stable. I also want to point out that although Kitty normally LOVES school, forcing her into the classroom when she’s overwhelmed is a big part of what is making her not want to return.

7. Final Exams. Kitty will most likely be released from the hospital just before finals, and the stress of being behind is already causing her anxiety. I doubt she has mastered the material enough to exempt exams. Possibly she should be given Incompletes?


Edited to Add the Concrete Anxiety Scale (Thank you commenters!)

0 – Cool as a cucumber.  INTERVENTION:  No intervention  needed
EX:  On the third day of a long vacation, soaking alone at a spa. 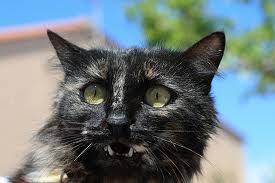 3 – Anxiety annoying enough to be distracting.
INTERVENTION:  Coping/calming skills still work, but might need outside reminders to use them.
EX:  Loud, chaotic environment.  Quiz you’re prepared for.  Ex-boyfriend standing 15ft away.

4 - Can be ignored if you are really involved; still distracting.  Somatic symptoms (upset stomach, headache...).
INTERVENTION:  Brief breaks with adult support and assistance using coping/calming skills.  Can be redirected back to class.
EX:  People arguing.  Test you're prepared for.  Presenting a well-prepared presentation with a group.

5 - Can't be ignored for more than 30 minutes.  Thoughts of hurting self intruding, but controllable.
INTERVENTION:  Brief breaks with adult emotional support.  Might be able to access coping skills with assistance.  Can probably be redirected back to class or work independently in less stressful environment.
EX:  Giving a speech to a group.  Getting feedback or gentle teasing.  Feeling behind in schoolwork 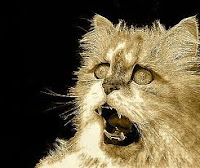 6 - Can't be ignored but still can work.  Wants others to keep her safe from acting on feelings of self-harm.
INTERVENTION:  Leave stressful environment and continue work.  Learning Lab?  Talk with behavior specialist.  Coping skills might work after calm down a little.
EX:  Picked on/teased by peers.  Test in class struggling in. 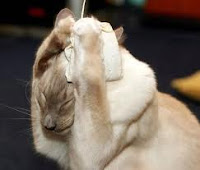 7 - Hard to concentrate, bothers sleep.  Can still function.   Feel need to escape.  Suicidal thoughts.  Needs stressors limited by others or will escalate.
INTERVENTION:  Leave stressful environment and not able to access cognitive part of brain for school work.  Can’t access coping skills.
EX:  Feels personally attacked by someone close to her.  Overwhelmed because behind in classes. 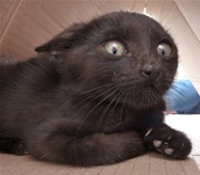 8 - Activity limited a lot. Can read non-school books and talk with effort.  Suicidal thoughts with a plan, but not seeking out means.  Paranoid others hate her and are out to get her.  Acting out behaviors if can’t escape/ act in.
INTERVENTION:  Reduce stressors as much as possible.  Consider hospitalization, but can wait for an open bed.

9 - Unable to function. Crying out or moaning.   Acting out.  Fight/ Flight or Freeze Reactions.  Suicidal thoughts with plan and means, threatening, but not actively attempting to commit suicide.
INTERVENTION:  Immediate removal from all stressors.  Hospitalization.

Quick comment, while I'm processing a lot of what you said. You know how in a doctor's office or hospital, they have an infographic on the wall for the pain level a person is in? It is something like this, It has a face in varying degrees of being happy to unhappy. There are descriptive adjectives to accompany each level:

I am wondering if you could create one for Kitty's emotional states, and what the plan of action should be at each level.

I think Schnitzelbank's comment is spot-on! All schools should have something like this in place. Not the "How do you feel" poster with fifty emotions on it but a continuum of stress levels. Great idea! Great parenting Mary, I know in the trenches, we don't hear that a lot especially from some educators/administrators.

And I agree w/ the concrete scale, as that is what Kitty is -- a concrete thinker. I personally hate rating scales. ... You are great with finding pictures. Perhaps you can find pictures that represent at least 5 points on the scale?
If you create a scale, help her to understand where she is on it. Is she having a good time, laughing? Show her that she is probably a 1 or 2 at that moment. ... if you've trained her and she answers staff with an "I don't know", then they need to understand that she's just said "I cannot access the rational logical part of my brain so I must be at a 7 or above" (or whatever) ... She must be allowed to say "I don't know" rather than feeling she has to (randomly) pick a number.