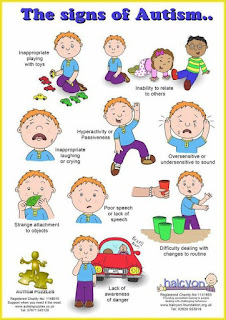 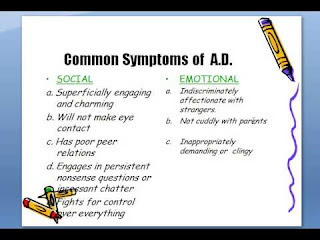 Clinical Observations of the Differences Between Children on the Autism Spectrum and Those with Attachment Problems: the Coventry Grid by Heather Moran (11/2/2010)

When a child has experienced a very difficult early life or serious abuse or trauma, it can be hard to tell whether the child has attachment problems or is on the autism spectrum or both. The problems they show may appear very similar on the surface.

The Coventry Grid discusses the similarities and differences between children on the autism spectrum and children with attachment problems and their response to interventions.


The child's response to therapeutic interventions and strategies, can reveal whether or not the child's issues are ASD or attachment related, or both. The danger of misdiagnosis is that the child might be excluded access from services or interventions that might help. The diagnostic process is subjective and there aren't any definitive tests, so there will always be some children who are inappropriately diagnosed.

The group worked through the symptoms of autism, identifying the day-to-day, real life problems reported by parents and carers. Then, the group considered how those symptoms presented in
children with attachment problems.

Eating Issues Example:
Problems with eating are often mentioned in regards to both groups of children with temper tantrums and rigid, obsessive behaviors around eating. However, careful evaluation of the nature of these problems showed considerable differences in how, when and where they occurred.

Differences between the two groups were considerable, even though the headline for both could be “obsessive and rigid patterns of eating behavior."

Both autism and significant attachment problems might be construed as developmental difficulties and both groups might be vulnerable to misdiagnosis, especially when they present with depression and anxiety or when they have very good intellectual abilities and relatively poor relationship skills.

Children with one or both of these diagnoses (on the autism spectrum or attachment problems) may look similar, but there are definite differences in the way their problems are expressed in daily functioning.


These differences imply that different assessment and diagnostic pathways and different treatment styles may be needed for the two groups, although there may be some types of intervention from
which they would both benefit (eg the use of visual timetables to reduce anxiety).


Click here for the:   (Revised Version of the Coventry Grid)