J. over at Peace in Puzzles, recently posed a question, that I want to throw in my $.02 in on. Obviously her post was longer than the following quotes, I just wanted you to know what I was addressing.

"The real question I find myself pondering is at what point is RADs a psychoses that requires medication as opposed to a diagnosable syndrome that can be retrained and reconditioned through the often odd RAD therapy techniques? In other words, does trauma irrevocably alter brain CHEMISTRY and PHYSIOLOGY, not just cognitive reasoning and psychology? Does trauma induced RAD actually become a MEDICAL condition that would show altered brain functioning in an MRI?"

RAD most definitely causes permanent brain damage (I can show you my son's neurological assessments to prove it). There was this study done on kittens that might explain this: as an experiment, scientists sewed shut the eyes of healthy newborn kittens so that when their eyes would normally have opened they were unable to do so. Later they allowed the kitten's perfectly healthy eyes to open and the kittens were... blind. The part of the brain that should have developed for their brain to understand the input received from the eyes never developed. There is nothing physically wrong with the kitten's eyes, but the neural pathways that should have been made were not. This is permanent. Their brain has no concept of sight.

When children are under the age of two their brains are growing rapidly and making these connections constantly. In kids with RAD, not all the connections are being made - so if they don't get the concept of cause and effect or object permanence when they are infants...


That's not to say that they cannot learn some of these things later, but this is the brain working AROUND the permanent brain damage. It's like learning to use a prosthetic arm - you don't use the same muscles or pathways, but it's possible to approximate the original arm movements... mostly. Also, like learning a foreign language, the younger you are the easier it is to learn new things (like love, trust, object permanence). It also takes conscious effort and a strong desire to do the work. (Katharine Leslie's book "When a Stranger Calls You Mom" and her lectures are my biggest source for this). Some things cannot be worked around, and the child must learn how to accommodate this as well.

Meds to treat symptoms, not to cure.

For kids with RAD, I believe meds are not healing or correcting the child's brain, but they can calm down all the outside/extra input so that the brain can focus on building those new pathways. Another example (can you tell I love examples) - imagine you are in the middle of a war zone with people running and screaming, soldiers chasing you, bullets flying, bombs going off... Are you going to be able to sit down and study your math homework? NO, of course not. You are totally focused on survival.


Like one of the commenters on J's post, I'm bipolar too, but luckily my disorder is not as severe. I can go without meds - if I'm taking care of myself and not under a lot of stress. Add in stress though and meds are not optional (needless to say I'm on meds right now!). The more stress, the more meds needed. So do kids with RAD and PTSD need meds even though meds cannot cure/fix them? I believe so. Otherwise you are asking them to try to focus on healing/therapy while still having to deal with the war zone.

On the other hand, you can't just treat with meds. Meds control the symptoms, but it takes a lot of work to retrain your brain to function in a new way. This is where therapy and therapeutic parenting come in. To help our kids you must have both. 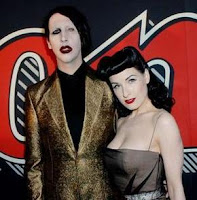 Heck yea! My son has a giant sign on his forehead that says, "If you are cute and have issues, be my girlfriend!" I believe a large part of this is because only girls with the low self-esteem that comes from having major issues will tolerate his issues (he wants them to say they love him instantly, tolerate his intimidation and mood swings, and of course tolerate his possessiveness. They must focus only on him, to the exclusion of all else -he is incredibly jealous of others and even the time they spend on other activities). The fewer issues the girl has, the shorter the time period they date. And by the way, it only takes one "date" to make a baby (my kids' biomom had 5 - all with different dads).


Plus we are usually attracted to those who "get" us, meaning they understand and sympathize with our issues - frequently this means they "get it," because they have experienced it - which means they have/had those issues too.


I think we feel most comfortable with situations and people we know. My kids spend an inordinate amount of time trying to recreate the chaos they grew up with because those are the conditions they understand and know how to operate under. They know what to expect (even though that's usually abuse and more chaos). There's a saying that girls grow up to marry men just like their fathers and boys do the same with their moms. I have seen that many times. I almost married a man like my dad. My sister's first husband was a lot like our dad. It takes a conscious effort and a lot of support to change things.


Poor Hubby, I even tried to force him to behave like my dad and former boyfriend would have. ("Wow, that girl is thin, you think I should look like that don't you?!" - because I was so used to being compared negatively to others in an attempt to nag/shame me into changing to what that person wanted. By the way, HUBBY IS AN AMAZING MAN (or a masochist)!! He let my "attachment disordered" self try to push him away and attempt to manipulate him into proving he thought I was the horrible person I was convinced I was, and HE STILL STUCK BY ME!!).

My kids' biomom is diagnosed with borderline personality disorder, bipolar disorder, ADD, has gotten treated for cocaine and meth addiction, aged out of foster care, and apparently prefers abusive men with issues. The biodads have major issues as well. So yes, I think my kids have issues because the people who raised them had issues. Genetics and environment were both pitched against my kids.
Posted by marythemom at 8:53 AM

Email ThisBlogThis!Share to TwitterShare to FacebookShare to Pinterest
Labels: RAD

thanks for the link and for the great answers!