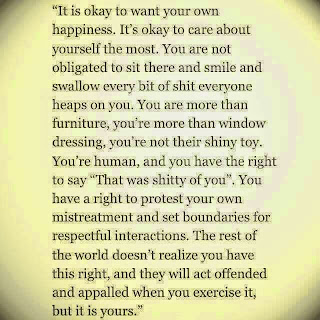 How to get some sleep 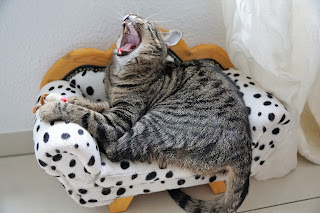 Image by photosforyou from Pixabay
Some common causes of issues with sleeping:
ADHD and Sleep 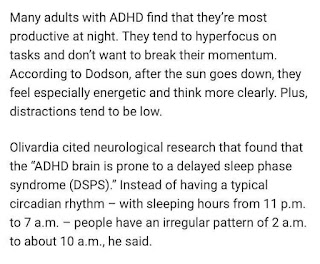 
In general, sleep deprivation is a problem among children in America. According to NSF's 2004 Sleep in America poll, more than two-thirds of children experience one or more sleep problems at least a few nights a week.

For children with ADHD, poor sleep (too little sleep or symptoms of sleep disorders) may profoundly impact ADHD symptoms. In fact, one study found that treating sleep problems may be enough to eliminate attention and hyperactivity issues for some children.

In a study involving 2,463 children aged 6-15, children with sleep problems were more likely to be inattentive, hyperactive, impulsive, and display oppositional behaviors.


Bipolar disorder may affect sleep in many ways. For example, it can lead to:


Some techniques for getting sleep:
**Storytime - At our house, to keep kids interested in listening to stories long after they'd passed the stage of Goodnight Moon, I made up stories unique to them. Because I had kids of varying attention spans, emotional age, and intelligence in the same room, reading a chapter in a book, just wouldn't work.

So I created a Choose Your Own Adventure type story. Each child got to pick 3-5 things (depending on how many kids were listening) to put in the story. This could be themselves, a place, an activity, an animal (lots of flying unicorns in the girls' stories), a favorite toy, a friend...

Then came the "fun" part. I had to tell a story that incorporated all of the things they'd chosen. Often the story had a secret moral to the story (when someone had been stealing, it was amazing how often the characters in the story dealt with that particular issue!). Sometimes, I drew on fairy tales (Hansel and Gretel) or Narnia type stories (went through a secret door in a tree). The story was always different, although sometimes we might travel to the same place (they really liked the secret door in the tree!).

I always told the story in a quiet, calm, monotonous voice, usually while laying on the kid's bed with them (gently patting their back or stroking their hair), or sitting on the floor next to the child's bed if that kid couldn't handle having someone on the bed with them (sexual abuse issues). If I was telling the story to more than one child, I usually sat on the floor or in a chair nearby to avoid jealousy issues.

The best part was, the story could be as long or as short as I wanted, so if I was tired...

Posted by marythemom at 2:55 PM No comments:

Anonymous Commenter: Circadian Rhythm disorders are a research interest of mine. Almost everyone's internal, natural circadian rhythms are slightly over 24 hours. These rhythms are kept in check by bright light every morning coming in through a person's eyes. This turns off a person's melatonin production (the sleep signal). She is likely not receiving this signal {commenter was under the mistaken impression that Kitty was blind}. A more effective treatment would be for her to take .3 mg of Melatonin every day at 6PM. This very small dose would signal her body that nighttime was coming. This would keep her regular and in phase with the world.

Most of the people I know with bipolar disorder have chronic issues with insomnia. It is probably also an issue with PTSD and the hyper-vigilance that goes with that. Bear often had bouts of horrible flashbacks or night terrors that caused his whole body to react as though he were reliving the trauma (which he probably was). Understandably he fought sleep and while most sleep meds didn't work, the one that helped (also an anti-psychotic) he usually refused to take.

Kitty and I both have the sub-type -
Delayed sleep phase disorder (DSPD), aka delayed sleep phase syndrome (DSPS), characterized by a much later than normal timing of sleep onset and offset and a period of peak alertness in the middle of the night. Like babies who get night and day mixed up!

When Kitty did a sleep study in April, we realized that sleep medicines just don't work for her (including Melatonin, Ambien, Lunesta, Seroquel...), and were told that the only treatment left was Sleep Phase Chronotherapy (SPC), which progressively advances sleep time by 1–2 hours per week until you've gone all the way around the clock to your preferred bedtime. The idea is that it's almost impossible to make yourself get sleepy and go to sleep early, but it is possible to stay up a little later every night until you move your bedtime all the way around the clock to the right time.

The doctor told us that few people attempt this treatment, because it's so disruptive to real life (how many people can miss 3 to 8 weeks of work?) and of the few of his patients that do attempt it, a substantial portion fail.  Even worse, if something happens to disrupt the process then Kitty's sleep schedule could end up even more horribly distorted.  At the time, we decided that all of Kitty's compliance issues would make this treatment impossible.

When nothing else worked, we did attempt Sleep Chronotherapy. I'm not sure how we ended up deciding that it could be done in 1 week, maybe we were so tired that we misunderstood the doctor. There was also a major issue caused by Kitty's refusal to miss any scheduled work hours (it was summer, but she had a part-time evening job at a local entertainment center).

Kitty and I did it together - for many reasons (including the fact that I probably needed it too), but primarily because Kitty doesn't have the ability to do it on her own. If you're going to try this, I highly recommend having a partner to help both of you stay awake.

I wrote out a schedule of sleep and awake times for the entire week (again, this should have taken a couple of months!). This is important! When your sleep schedule is off, you'd be amazed at how complicated and confusing it all gets trying to remember what time to set the alarm for and when not to make appointments.

If I had to do it again, which I WON'T!, here's some things I would do differently.


Honestly chronotherapy did not help either of us. We were both back to having chronic insomnia within weeks. If you attempt it, please do so under the supervision of a doctor and take significantly longer than a week to make the transition.

Update:
Now, many, many years later, we are ready to try this again, and by "we" I mean Kitty, who is now 22. Hopefully by doing it right this time (advancing at 2 hour intervals a week over a period of 2 months), Kitty will be successful, but I'm not holding my breath. I'll keep you posted here. Remind me if I forget!
Posted by marythemom at 12:03 PM 4 comments: