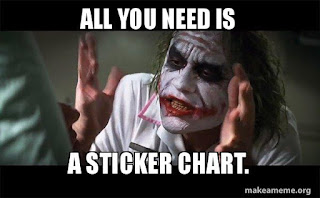 Excerpts from my new favorite book Can This Child Be Saved - Solutions for Adoptive and Foster Families by Foster W. Cline and Cathy Helding.

I love that this book takes all sorts of different discipline techniques, explains them and then tells you how they work (or don't) with kids of trauma.  Here's an example of their assessment of how the reward and point system aka star charts and level systems do/don't work with our kids:


"Many disturbed children have not learned to take satisfaction from their own accomplishments, or have no internalized values, a reward system can help them develop both.  Provided, that is, that the rewards are something they care to work for." 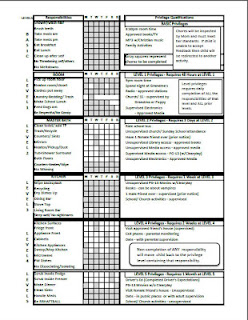 I thought I'd written a post on my decision to throw out the level system (we used briefly after Kitty got out of RTC) and our expectations that Kitty can ever be expected to be treated like a 17yo, but apparently I hadn't.

We had a long discussion with Kitty about being emotionally 6 (still ticks her off to hear that), and that it wasn't fair to expect her to be able to handle certain things and we felt it was cruel to dangle higher level privileges she couldn't achieve over her head.  So therefore, I was going to stop "punishing" her for not being able to do things she wasn't ready for yet.  This wasn't a punishment and it would have a lot of rewards.

So now I have "age appropriate" expectations for her, and she is doing better.  Every now and then she'll want something her siblings have (like any younger sibling would! Although technically she's older) and we gently explain that she's not ready for that.  She doesn't like it, but it is what it is.

A couple of months ago, Hubby gave Ponito his old phone, which has internet access, so we decided to give Kitty Ponito's old iPod.  I debated long and hard because it has texting and internet access.  I didn't think she was ready.

Now we have to decide how to fix it.  But I'll leave that for another post.  (REMIND ME IF I FORGET!) 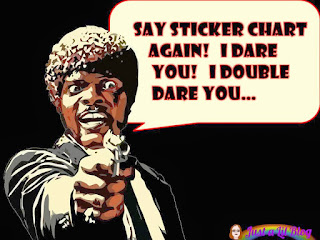 Posted by marythemom at 8:21 PM