This was a game I created to practice what we learned about integrity. 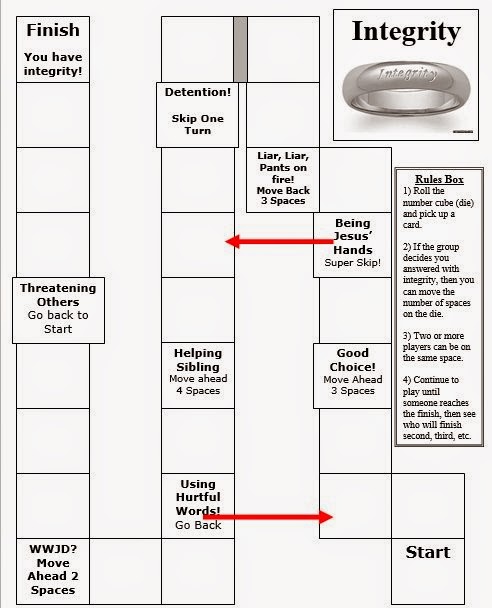 Rules
1) Roll the number cube (die) and pick up a card. Read and answer the card aloud.
2) If the group decides you answered with integrity, then you can move the number of spaces on the die.
3) Two or more players can be on the same space.
4) Continue to play until someone reaches the finish, then see who will finish second, third, etc.

What do you consider to be the right answer for 8 and 9? I'm a grownup and think those are tough situations!

There are no right answers. It's more about thinking about these situations and deciding what you personally consider to be right. So that when you are in a similar situation in the future you can act with integrity.