Been awhile since I updated on Bear.  Not a lot of great news. 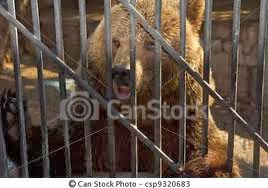