In therapy I finally told Kitty that we are planning on getting legal guardianship.  We were having yet another "conversation" about out classes at the high school, and she was complaining to the therapist how unfair it was that I wouldn't allow them.  "Out classes" involve being bussed from the special school to her home campus for 2 or more classes, usually ones that aren't available at the special school.  Kitty hates that she is the only one in her history class at the special school and says that's why she wants to go back to her home campus.

One thing we learned the hard way with Bear was that if he had any out classes then the school could give him more out classes without having to ask our permission or hold an IEP meeting (because it wouldn't change the number of hours of special ed).  Most of the time he would act out and they would reduce the number of out classes again, but it took some pretty severe behavior.  His senior year they just moved him to the regular school full-time, despite our concerns.

Kitty aka Cleopatra (the Queen of Denial), doesn't want this to be true, and as usual prefers to believe I"m just being mean.   At therapy she started talking about how she's going to talk to the IEP team (her annual meeting is in December) and tell them this is what she wants, and when she's legally an adult then she'll get it.  I tired of trying to convince her that it was not in her best interest, and finally just dropped in the thought that we were pursuing legal guardianship, which we've touched on in the past. 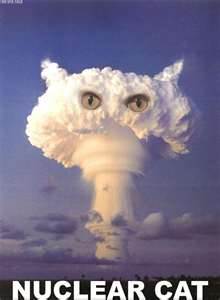 She exploded.  She yelled, cussed and told me she wanted me to die... not anywhere near the worst meltdown though.

The therapist helped me get her calmed down.  We finally got out of Kitty that the guardianship itself wasn't what bothered her (although she definitely didn't like us having the control over her).  No, most of what bothered her was that she wouldn't be able to have any out classes.

Once she was calmed down enough to hear me, I pointed out that she wouldn't be able to have a vote at an IEP meeting until she turned 18 which is not until April (when the school year is almost over).  That wouldn't make a big difference to this year's History class (she really hates not having anyone else in the class with her.  I assured her that at the December IEP meeting we were already planning to discuss other options (that didn't involve out classes), like asking for a schedule change for the next semester.  I also told her I'd consider out classes next school year (it's her senior year so they can't force her full time that quickly).

She was still a little mad at me, but dissociated from it.  It hasn't come up again.

We also talked about Bear's letter to Kitty, but I'll save that for another post.

It's so hard putting dreams on hold for our children when it's not the right time for them. I admire you for protecting your daughter's access to the specialized education that she needs, even when she fights you on it. Thankless, but necessary.