Bear's not getting out soon 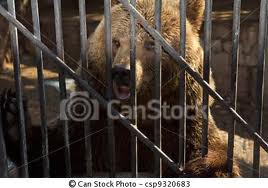 Bear signed his plea bargain agreement this week.  Turns out he was mistaken about the terms (doesn't surprise me as he often hears what he wants to hear).  Instead of 5 years it's 7, so he has a choice.  Spend almost 2 years in real prison or one year in prison bootcamp.  He's chosen the 1 year, but there's still a 8-9 month wait in jail for this tiny little county to process him and a space to open up.

He will not receive a medical assessment until right before he goes to boot camp (that's part of the intake process) so that means ANOTHER 8-9 months off his medications (he's bipolar among other things).  If he gets in trouble while he waits for bootcamp, then he could lose the ability to go.  He's already been sitting in jail, unmedicated, for 7 months and was off meds for 5-6 months before that.  He's coping, but barely... so far.

Frankly, I was very worried about him being released in a few months.  Assuming he decided to come home to Texas (which he waffles on by the hour), he was already asking me to find him a job and an apartment... ummm, not possible with no money, horrible credit history, and not actually living in the state at the moment! I tried to do some research into his options, but even with Power of Attorney, most places wouldn't talk to me about his options unless he was a client, and since he can't do intake without being physically present... I didn't have anyone to talk to about it.  I did hear that Gary Job Corp is not accepting new clients right now, so that was not an option, assuming we could talk him into it.

Honestly jail is not the worst place for him to be.  It provides him with the structure he desperately needs, BUT it's horrible that he's still stuck in this limbo with no way to get back on his meds.  If he'd gone into the system on his meds, they would have maintained them, but since he was off his meds...   Next month he'll have been off his meds for a year, but it takes 4-6 months for them to get out of his system so right about the time he was realizing he needed them - he went to jail.

I tried early on to get him on his meds, but hit a brick wall. When we thought he'd be getting out and/or treatment in a few months, I let it slide, because I didn't see any other options. Now that we're looking at another 8-9 months before he is even assessed. I don't see that I have a lot of choice, but to fight.  I tried contacting a Disability rights/advocacy agency in Oklahoma, but they wouldn't return my messages.

Normally an adult should be advocating for themselves, but I wouldn't be surprised if an assessment shows that his mental capacity has deteriorated, he was doing a lot of drugs in the months before incarceration and without meds to help him focus, and being borderline to begin with... he still needs a strong advocate.  I just don't know how to get him what he needs.  I've tried contacting the Disability Rights people again, but we'll see if they follow through.  One person said she had to "talk to the attorney and get back to me."  When I asked her when, she said, "about a week."  I didn't think to ask if they do pro bono work.
Posted by marythemom at 12:36 PM

You are trying VERY hard to help someone who will likely not accept your help once its in place anyway. I can hear the frustration in your post that people aren't moving very quickly on any of the things that you are trying to facilitate for Bear - if they bother to call you back at all. You are in a tough spot. He is legally an adult and in spite of his diagnoses, there is absolutely nothing in place that gives you ANY right to any information about anything he is going thru (legally - court stuff or medically - psychiatrist wise) unless it is something you can access thru public records. I can tell you truly want to help, maybe even need to fight for him in this way. I do believe things happen for a reason though and maybe him being incarcerated for now and being "safe" in jail is the best possible scenario. I hate that I believe this, let alone that I have the nerve to even say these things to you, but from the outside looking in, it just might be the lesser of two evils. I am so.... sorry you're going thru this right now.

Lisa - Actually I have a Power of Attorney for Bear so I can access information about him. I agree that he is probably safer in jail, but I just want him to be on medication while he's there.

Have you tried contacting the Southern Poverty Law Center?