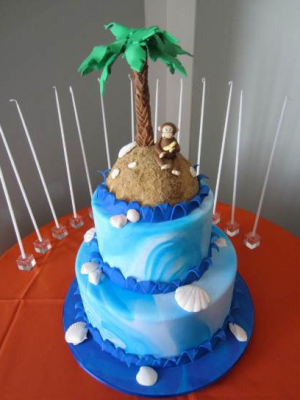 A friend of mine sent me this funny link called Nailed It full of Pinterest food fails. We've all seen those amazingly cute projects that we just have to try.

I personally love to make cakes for the kids, so I thought I'd share some of my successes and failures. First the biggest failure!

Bob tends to have ocean themed cakes for her summer birthday. One year she was really in to monkeys so we found an adorable cake of a monkey on an island (like this one). Rather than make the monkey out of edible playdoh, I thought I'd be creative and make it out of... tootsie rolls! They came in all different colors and could be rolled in to any shape I wanted. What I didn't count on was that they melted a little when they got warm. The palm tree melted too.

I also didn't count on the cake totally falling apart. 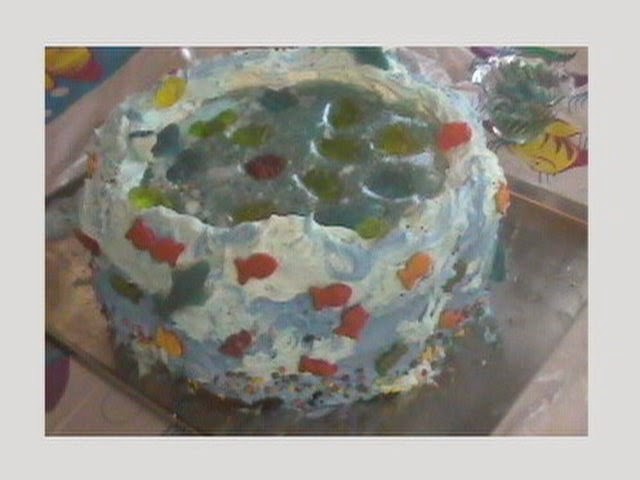 Another ocean cake. This one had "water" made of blue Jello. 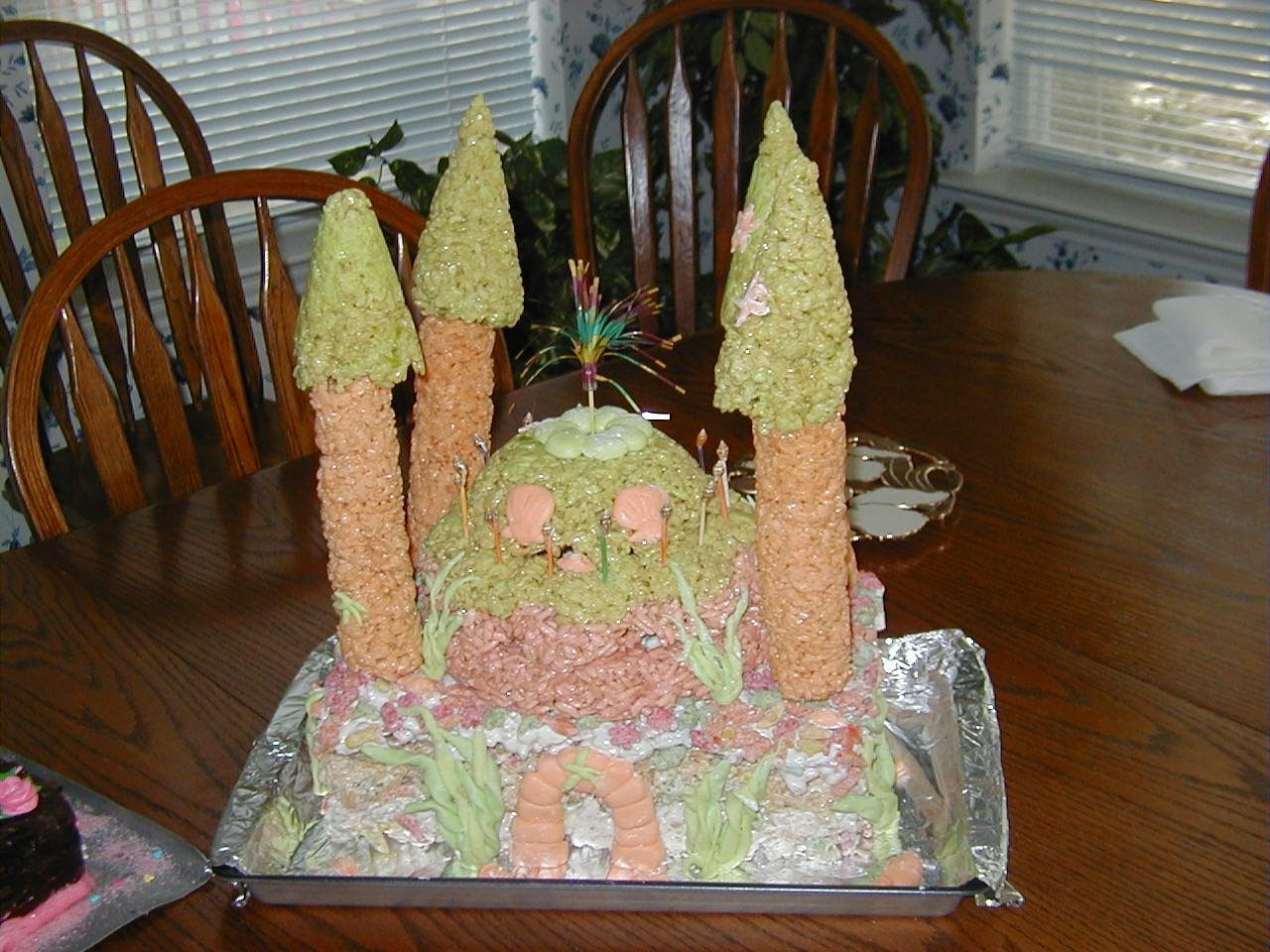 This under the sea Little Mermaid "cake" was actually made from Rice Krispies made with colored marshmallows divided into different colors. This cake ended up feeding almost 200! We took it to Bob's daycare since it hadn't been as popular as the chocolate cake at her party. The entire school had it for snack and then there was tons left over that the teachers took home. I think the whole school ate it two days in a row!

An Alice in Wonderland themed party. This was a teapot cake. Bob loved theme parties and I usually made elaborate costumes too. 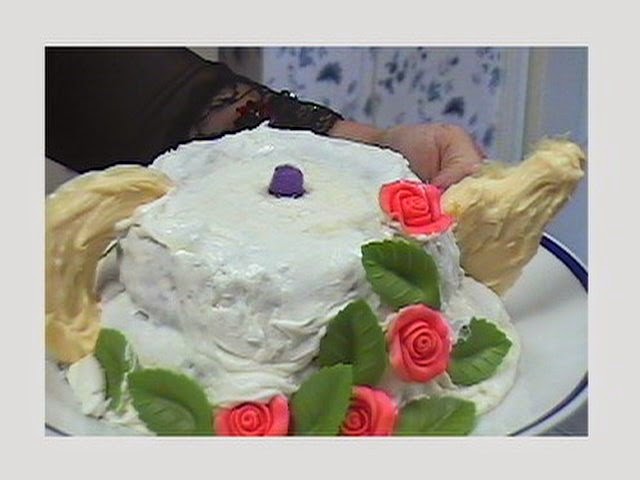 Long story about why Bob always had two cakes, but here's two cakes from her "princess years." The ice cream cake in the background is made from sand castle molds (never used!) coated on the inside with melting chocolate then packed with ice cream. When it was time for cake, the molds were popped off and Voila! Of course I'm no expert and the chocolate wasn't thick enough in some places so this castle was more like "ruins," and you can see the raspberry sorbet through some of the cracks. 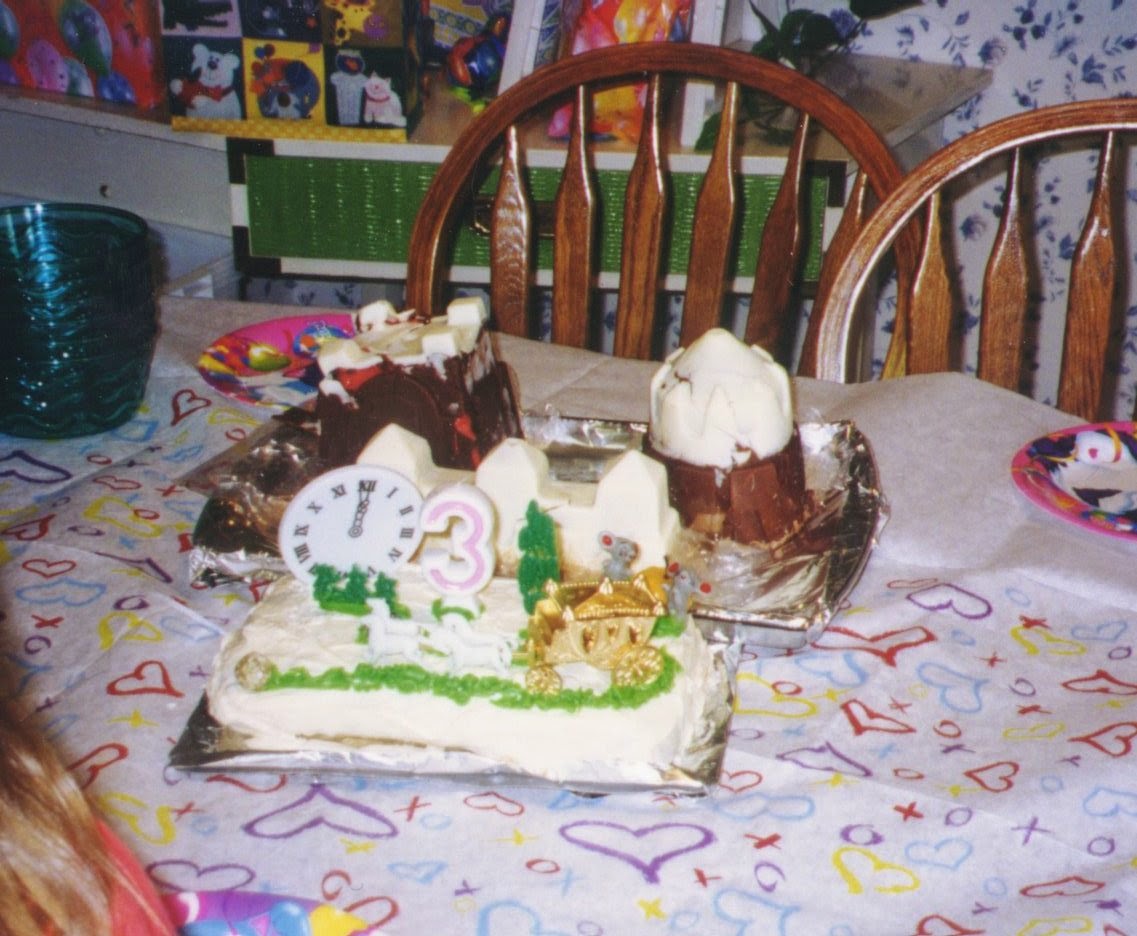 Time for another failure. This is supposed to Kitty's Elmo cake for her 16th birthday. 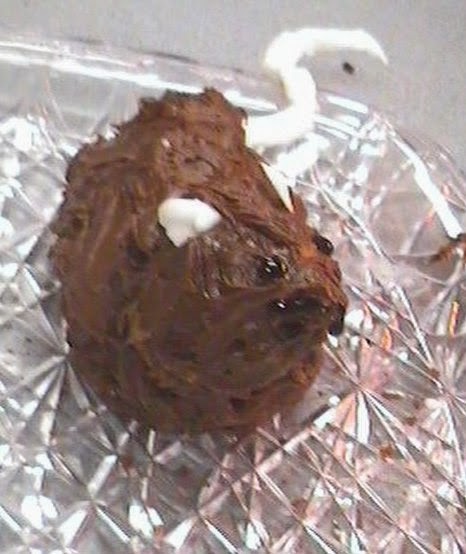 I had done so much better the year before. With Hedwig and Scabbers from Harry Potter (the cakes looked much cuter in real life!). 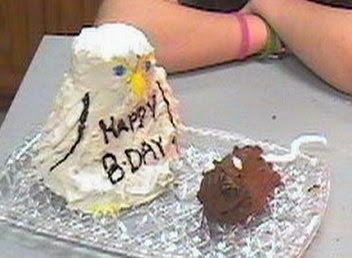 One I made for my nephew. He wanted a cake that looked like his leopard gecko! The gecko's chocolate chip spots spelled out his name on the gecko's tail. 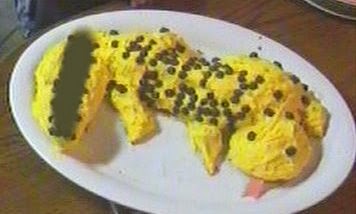 Ponito got some cute cakes too! Unfortunately we forgot to take a picture before we'd already cut this poor Lego astronaut off at the knees. 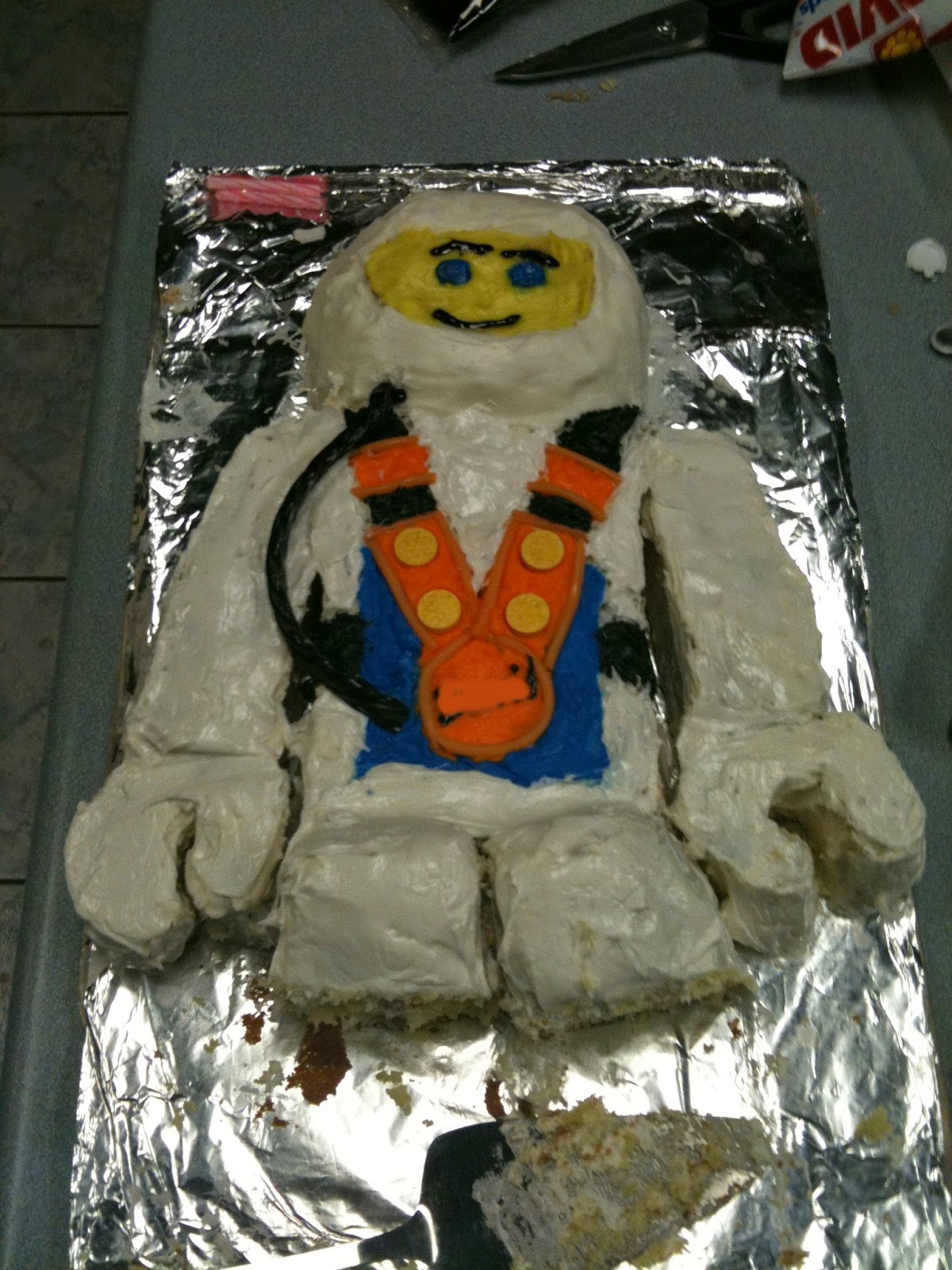 One of my favorite cakes. I'd made dragon cakes before, but this one I think turned out well. Ponito asked for a dragon and red double decker bus cake?! Crazy kid. You can't really tell, but the dragon has rainbow wings made of fruit rollups.  His right claw and wing are resting on top of the bus. this is another one that looked better in real life than in the pictures. 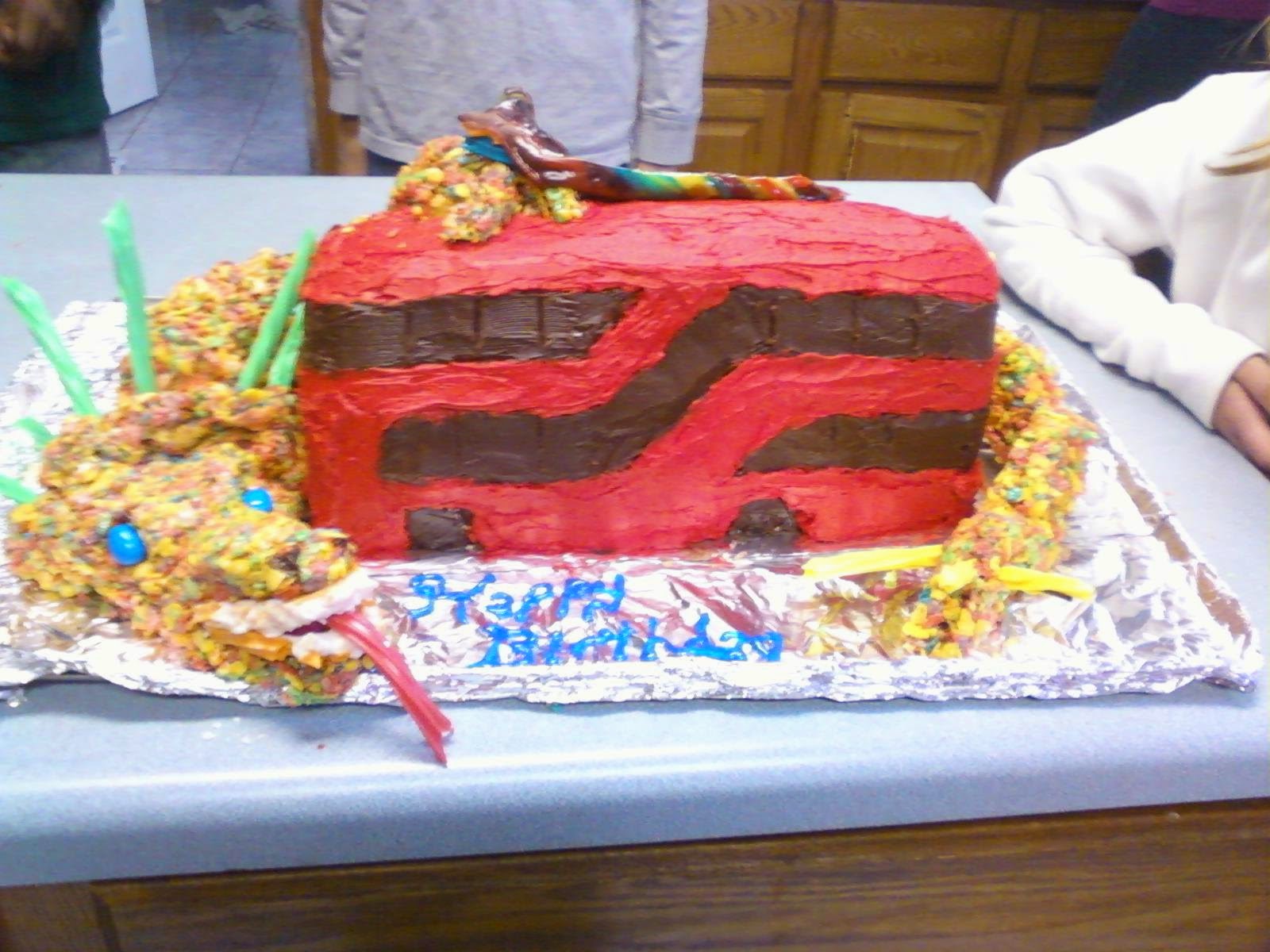 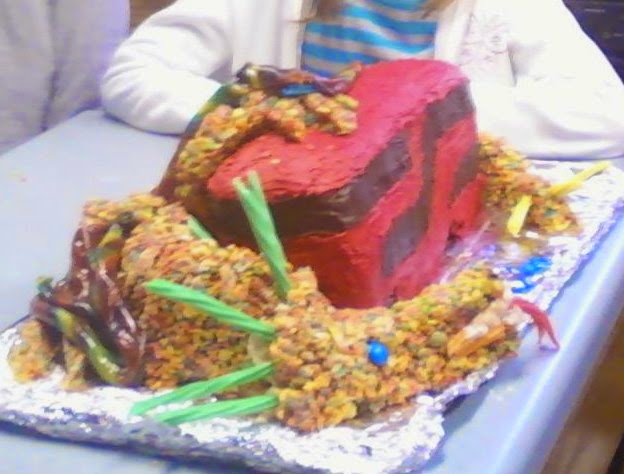 I've made many other cakes over the years, but these were fun.

You can see another of my posts on my cakes.
Ponito's science project cake.
Posted by marythemom at 11:24 PM