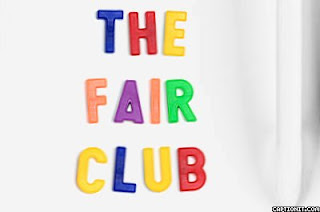 Here’s what I’m thinking about assigning Bear for a FAIR Club Assignment:
Read the Risky Behavior page and answer the questions on a second page.

A suicidal urge thought to drive certain people to put themselves consistently into dangerous situations.


You snuck out and no one knew where you were if something happened to you. Plus, they probably would not even start looking for you until the next day. You also lied to many people about where you were (to their face or by letting them believe something you know wasn’t true), damaging their trust. You were out on a Saturday night, in the dark, in the rain – one of the most dangerous times to be out, especially alone. You got in the car of a stranger.

Posted by marythemom at 5:57 PM

Sounds pretty good! Hopefully it will help Bear begin to see what might happen if he continues his risky behavior.

I agree with what Miz Kizzle said after your last blog post. He needs something to be pasionate about, but it seems like every time he gets a bee in his bonnet you swat it away.

Examples: ROTC- That was a structured, supervised after-school activity. I don't remember why, but you made him quit. Football- again, structured, supervised, team building, etc...
Dream of joining the military- you warned him that he's on too many meds for the service and his balloon burst again.

Joining a gang and selling drugs seem like viable options when you've got no other...

School is not for everyone. Nor is socializing in the real world. There are options, it's time to find some and get him interested real quick.

I agree with Miz K too about him needing something to be passionate about, it's just hard to help him find something.

He tends to hyper focus in on things that will not work, and we try to gently lead him toward something new if we know what he's currently focused on won't work - without telling him no until we find an alternative, but it's so hard, because there is not a lot he's good at. We avoided telling him about the military until we realized we just couldn't get him to try anything else, and he's running out of time to find something new.

ROTC - the PE team component we made him drop because he was manipulating it to get unsupervised time - and at the time we were dealing with drugs, sex, stealing and skipping school. He dropped out of the ROTC program when he realized he couldn't be in the military. Football he quit (dramatically) because he made second string and couldn't accept that he wasn't really a "natural athlete."

Actually joining a gang and selling drugs were his choices when we first got him, but he's doing a lot better now, and doesn't talk about those as options anymore.