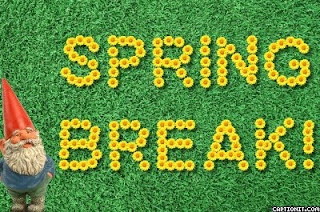 I mentioned the Integrity Study that Bear lied about completing, partly because he didn't understand it. Lying and trust are HUGE issues in our house and we've had MANY problems with ALL the kids regarding them (Bob and Ponito usually lie about having completed chores when they didn't).

Saturday night (which the kids spent at Grandma's!) when I called, Kitty lied to me about having clean clothes to wear to church. We've had many hygiene issues with her, especially lately, and I'd specifically asked her point blank if she had clean undies, socks and clothes. I told her specifically that she absolutely could not wear the clothes she had on that day. On Sunday I confronted her and she lied again.

So I told her she was in the FAIR Club. Now unlike all the other children who hate the FAIR Club, for Kitty it is worse. It apparently triggers a PTSD reaction every time. For awhile we decided we just wouldn't put her in the FAIR Club (she just lived as though she were always in it - but without the writing assignments and extra chores); however she's older now and needed a wake-up call. In general Kitty is pretty honest too so for her I felt this lying needed to be nipped in the bud.

We got a pretty good meltdown, but were able to contain it. Wailing, railing, tears, distraction, and arguing ("give me one more chance, you never give me chances, you said no more FAIR Club, no one else goes in the FAIR Club)... we comforted but didn't relent, so it escalated... repeated threats to self and things, namecalling of parents... We stayed calm and persistant, and eventually she broodingly accepted that she would have to comply... until after storming out to the car and repeatedly banging the minivan sliding door open and closed she managed to break it.

Kitty came in absolutely terrified because she broke the car. She was already upset, so not thinking logically. Hubby came in understandably furious and Kitty freaked out. She started insisting that Hubby was going to hit her (which he has never done and would never do). She threatened to call the police on him (because he was 'going' to hit her) and I told her to go right ahead (that usually takes the wind right out of their sails!). She hung up the phone, and we were eventually able to calm her down enough to get her to listen to reason. Luckily Hubby was able to fix the car door. He told her part of her FAIR Club assignment was to pay $3 for him fixing it.

So solution for the FAIR Club writing assignment? ALL the kids will be doing the Integrity Study together. Bear still has to write out the bible verses and answer the questions, but he also has to participate in the discussion.

8-9 am Up and dressed. (Ponito morning chores - dogs, fish and am dishes)
9am Integrity bible study with Mom
9:30 Daily chores and extras
10:30 Chore check (children with incomplete chores/attitude will be dropped
off with Mom at work)
11am Run errands and do things with Grandma
12-12:30 Lunch
12:30-1 Lunch dishes (Bob)
1-2 Grandma’s nap (quiet
activities/movie...) Bob may complete her online History test on Monday)
2-6 Errands or activities (up to Grandma). Computer time (optional) closely
supervised 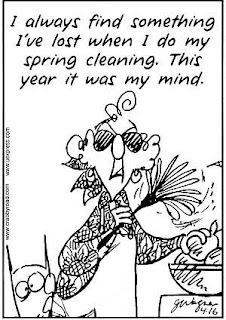 Spring Break Extra Chores - to be done by end of week. The house needs a good Spring Cleaning and they'll be home all week...

Bear –
__Clean and organize utility room – big focus on cleaning up rat droppings (can't tell you how freaked out I was when I heard a rat in the laundry room - luckily we were able to scare him away before he got into the rest of the house).

Ponito –
__Pick up hair in family room (it's tile so that's where I gave Ponito a major hair cut the night before - he no longer looks like a girl! Although at the moment I've let him have a fauxhawk - I'll cut it off before he goes back to school)
__Clean and organize Mom’s computer cubby including area in front of door

Kitty- (consequences for hygeine issues, Mom will be back in charge of her clothing).
__Move dresser to parent’s room
__Fill with clean clothes
__Clean cat vomit off pool table cover (she leaves bowls of food out most often. The cat eats...).
__ Clean downstairs windows inside and out

Bob
__Clean and organize Mom’s sewing room (this was part of an earlier agreement. Despite the room only being 6'x7', it's a huge task, but Grandma and I will help her with it_
__Clean and organize fabric stash, etc. in gameroom
I lost my house/car/mail/work/work mail keys over a week ago. I think it's time to offer a reward. Hmm... $1? $5? I'll have to think about it.
Posted by marythemom at 12:45 PM