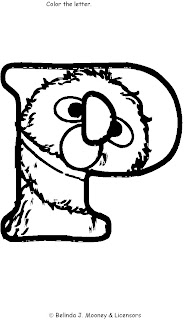 Ponito picked P for his Party.

We partied in our PJs (good way to encourage showering which is not always a favorite activity around here).

We watched Sky High (yes, I know this doesn't start with the letter P, but Ponito declared that the movie was about Powers - as in super Powers - and that counted!).

We had Personalized Personal Pizzas (on whole wheat tortillas) made mostly with Pepperoni and Pineapple.


Lay a tortilla on a a cookie sheet. Sprinkle with a small amount of cheese (just enough to act like glue!). Layer on a second tortilla. Spread with tomato sauce (we've used ketchup when desparate). Add cheese. Cover with Pepperonis. Place a Pineapple chunk in the middle of each Pepperoni. Bake at 400 for about 10 minutes or until cheese is melted.

We drank Pop (yes, most of my family are Northerners), and had Popsicles for dessert. No veggies for us that night. Very popular meal though! They fight over this letter! *grin*
We only have 4 kids so I figured the next night we'd have the Letter L for Leftovers, but we had surprise guests.
Posted by marythemom at 11:30 PM

Email ThisBlogThis!Share to TwitterShare to FacebookShare to Pinterest
Labels: menu