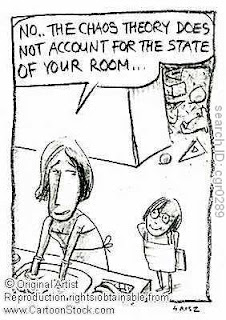 Monday was horrible because of the cleaning issues. Kitty melted down the whole day. Ponito got mouthy and/or hid. Bob was actually pretty helpful (and was rewarded with books). Bear disappeared for most of the time.

Tuesday is historically a light cleaning day because Kitty has therapy in the evenings so doesn't have time for chores (and I'm with her so couldn't supervise). This week Poppy took the boys so they could garden at the grandparent's house and to the duck pond to feed the ducks (Ponito went fishing, but Bear is old enough to need a fishing license. He tried to get Ponito to pay for it, but Hubby and I nixed that idea. We don't like the kids to loan each other money and Bear has no way to pay Ponito back. He'd offered to do Ponito's chores, but a lot of Ponito's chores are in areas Bear is not allowed in (like the Master bath) and Bear has enough chores of his own to not do.

This Tuesday Kitty had a psychiatrist appointment in the morning and afterward I talked to financial services lady about getting SSI for Bear when he becomes an "adult." Long meeting and we're meeting again next week. Afterward I took Kitty and Bob bra shopping (they've grown - Bob - and shrunk - Kitty! and now wear the same size *yea?!* which is not a standard size carried in most stores. *boo!* So after hours of shopping we came home empty handed. *phbbt!*).

Wednesday was Bear's turn at the p-doc, but he couldn't get out of bed in time so we had to reschedule. We were supposed to meet with his casemanager and skills trainer right after the appointment to discuss his transition to adult services (he turns 18 in July) so we had to go anyway. Then that afternoon we went back for his p-doc appointment (we were lucky to get a cancellation for the same day), and while we were there we met with his potential adult casemanager, who completely confused us (she said that since he was still in high school he would stay with the Child and Youth services for another year - which is the exact opposite of what we'd been told that morning). So back to Child and Youth department to get that officially confirmed or denied... Well they've got 4 months to figure it out I guess.

Today/ Thursday is a "heavy chores" day (normally we do volunteer work with the horse therapy place on Wednesdays so it's a light day).

By the way today has SUCKED almost as much as Monday (worse in some ways).

Yea, I’m REALLY popular right now, but on the bright side, I got all the green eggs with asparagus and spinach/ cheddar biscuits to myself!

When is "vacation" over so I can get some rest?!
Posted by marythemom at 3:36 PM

Email ThisBlogThis!Share to TwitterShare to FacebookShare to Pinterest
Labels: chores

I hate chores. Trying to get kids to do them is a nightmare.