So the fun continuous.

Remember the pictures of girls in their undies (mostly, apparently there were a couple that showed full frontal) that I Ponito found when searching Bear's room? Well, I had paid Ponito to help me with the cleaning (mostly doing the lugging - trash, laundry, confiscated stuff). 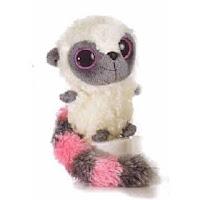 Apparently while throwing away the bag of trash, Ponito pulled out the pictures. And proceeded to sell most of them to a neighbor kid (also 10 years old). If you're thinking oh just typical boy stuff - he hasn't hit puberty, yet, and he used the money to buy a stuffed animal!
So he's grounded. His stuffed animal is confiscated (as are the pictures) and he will have to pay a $20 "fine." (twice the cost of the "stolen" items.). Now I get to figure out what to give him for a FAIR Club assignment. The neighbor family already told him he can't play with their kids for "a while."
Of course he knows that it was Kitty who told on him so he's already threatened to kill her. *sigh*
Bear's 1st anniversary of his adoption is tomorrow. His 16th birthday is the next day. I had already decided his girlfriend (who is allegedly going to be out of town all next week, one of the excuses he gave for skipping school to spend time with her) could come to the family party on Saturday, but that was it.
I let him talk to GF this morning and he claims her dad died of cancer yesterday. Her mom, stepfather and brother went to Sea World or Disney World or somewhere and she's staying with her best friend in our neighborhood again. *sigh* So of course she "needs" him. What do you do?!
I told him she could go run errands with the family for a couple of hours (library, hardware store), but then she needed to go home. Grandma apparently forgot to drop her off (or didn't get the message). So the GF was here for lunch, watching a movie afterward, and now is planning on meeting them at the pool.
I'll get no "credit" for allowing this time together. All he'll remember is what a restrictive witch I am. *sigh*
Last but not least. Got a all from biograndma. Apparently on Tuesday, Biomom packed up the girls (my kid's bio half sisters) and moved from Nebraska to Texas! She didn't tell anyone, just did it. Grandma reached her (I guess via cell phone) and Biomom said it was to be closer to my kids and because she thought she could get more assistance for school (she's been getting grant money for college for 5 years - spends it on other stuff).
Not sure who she knows in this city, but she went there before when she visited my kids in January. She mentioned she'd be visiting there in September and asked if she could see the kids then. I hadn't answered yet, because I couldn't decide what to do. I want the kids to see their sisters, but not Biomom. The town she's now in is still almost 7 hours away from us (Texas is huge!), but I'm freaking out!!
Posted by marythemom at 2:20 PM

Don't freak. Stay in control. Your a good person with a strong family. This too, shall pass.

That's an awful cute stuffed animal.
I swear, some of the things kids do are just so aggravating. My younger son has a friend who constantly takes advantage of him by "borrowing" money and things and never returning them and by playing mean pranks on him and blowing it of when my son gets angry. Despite all this, my son insists this rotten little creep is his friend.
Ponito recognized that the pictures had potential value but he chose to sell them instead of keeping them hidden somewhere. I'd look at that as not a completely bad thing. And the stuffed animal is awfully cute.

More mommy guilt, my son has one of "those" friends that he's known since birth that was always cussing, and rude, aggressive play but his mom is great and always taking all the kids (even my older ones) to really cool places I can't afford. He didn't really like the boy, but he lived across the street, and they had fun as long as they did what the little boy wanted.