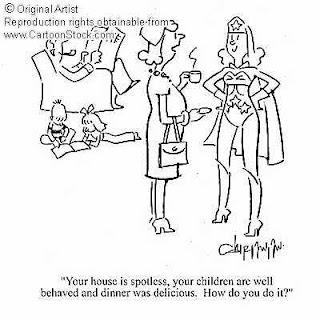 Friday - Kids got out of school.

Monday, Memorial Day - Hubby couldn't go in to work, and we sat around and did nothing all day. I literally spent all day on the couch. It was nice. Boring for the kids, but tough! I needed the down time. 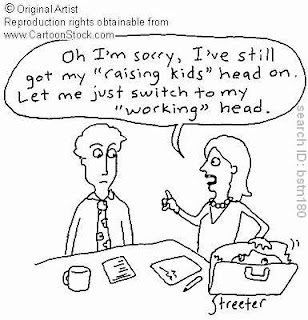 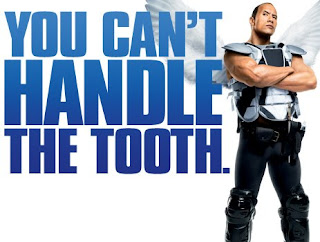 Wednesday - Aerobics, chores, and hurry Ponito to a dentist appointment. I'd discovered he had holes in his teeth. Two teeth with holes were right next to each other and you could fit a pea in the hole. Good news. The cavities and decay were all in baby teeth that were going to be falling out in the next 6 months so we only had to pay for the x-rays. The dentist even accidentally knocked out one of the teeth with the biggest hole and it flew across the room and hit me on the arm! I told Ponito I was going to tell y'all he bit me! *grin* Tooth Fairy came, but couldn't find the box with what was left of the tooth. She had to give me the $.40 (going rate is $1 - but this tooth wasn't worth that!). He woke up when I was trying to find the tooth and showed me where it was. Ironically we rented the movie Tooth Fairy the day before (It's cute by the way).

Kitty forgets her morning meds, but manages to hold it together!

I actually worked for 4 hours! Forgot to eat again, can't seem to squeeze it in. Made some soup at work, but forgot and left it in the microwave. Then went to the grocery store and shopped for 2 hours. Watch Twilight 2 with the kids. Kitty has had trouble with this movie, but seems to mostly handle it.

Thursday - More aerobics drama. Did not push the chores as much, but we still didn't get out of the house until almost noon. Probably cause I actually had breakfast. Got to work and was there for 10 minutes before I got a reminder call from my friend Struggling to Stand. I finished reheating and eating the soup I'd left in the microwave the day before and rushed over. (Shh! Don't tell Hubby I spent less than 30 minutes at work today!). She'd offered me a job making some curtains for her (yea! a little extra money, spending time with a friend, and a chance to see if I want to go back to sewing for extra money). Spent a couple hours with her and one of her adorable sons in the fabric store (couldn't find the "perfect" fabric). Got lost heading to Grandma's to pick up the kids. Found out they weren't there anyway. Picked them up at home, and then got lost on the way to the ROCK. *sigh* The kids seem to really like it. The people there know a little about Bear and Kitty's issues and seem OK with it. The volunteer coordinator is actually thinking about adopting, from the same agency we adopted through! Now all we need to do is attend volunteer training.

Friday - intake appointments for both Kitty and Bear at the MHMR facility so we can get their psychiatric needs met. Should know if we're going to have to close our company's doors by today too. Hope I get to spend a few minutes at work. We'll see.

Richard Simmons? I'd consider that cruel and unusual punishment. Have you ever heard him enthuse over how firm his mother's breasts are?
Excuse me. I must go vomit.

Sounds like you're gettting some good help for Bear and Kitty. Hope it all works out...

Um, isn't the point of sending Bear to volunteer to get him supervised so you can work for a few hours a day? Having you go too doesn't sound like a real solution.

Miz Kizzle - umm, no, I have never heard Richard Simmons talk about his personal life. Nor do I care to. I know he has lots of dalmations as pets, seems to really care about his clients, and is openly gay. I saw him once on Who's Line Is It Anyway. That's about it. All I care about is that this is a 20 minute video, the routine is easily learnable and doable (hard to find for Kitty), and it's low impact.

Purple - I'd love to be able to drop Bear off somewhere he enjoys and I know is supervising him, but I haven't been able to find any such options. At least this way he's getting to do something he enjoys so he's not whining about not getting to do anything all Summer.

怡君 and Jennie - no news on the job front. I didn't go in to work on Friday, but I asked the sales guy to call me if anything happened so I figure no news is no news.