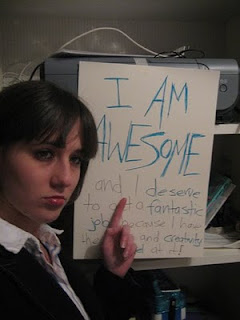 I've been job hunting for several days now. So of course I'm totally swamped. I've never had so many appointments, conference calls or sent so many e-mails.

The kids got into the MHMR program... mostly. Kitty is in, but I can't get hold of anyone to schedule a psychiatrist appointment. The good news is I did find her latest psych eval so was able to finish the paperwork for her CRCG meeting.

Bear's new caseworker came to the house for a first meeting (the kids hate it when that happens cause they have to clean - at least no one can remove the kids if the house is messy/cluttered). She and I talked for over an hour in another room. All the kids of course came and climbed all over me (they always do this when we have company).

Did I say all the kids? I meant all the kids but Bear. He sat in the next room watching TV and wrestling with Ponito. As the caseworker was leaving I asked her if she wanted to at least meet Bear if not actually get to make eye contact with him. She had seen him, but assumed he was 20 or so and therefore couldn't be 16 year old Bear. Yeah, that happens to him a lot.

He still refused to look up at her. He has a meeting with a life skills trainer tomorrow and I'm betting he'll do the same (in addition to pouting because he won't be able to go swimming because of the timing of the meeting).

The kids are working at the church vacation bible school. They seem to be having fun. Poor Grandma is sick so she's off duty for I don't know how long. This morning I woke up early (kids have to be at the church at 7:30am, and while Hubby is taking them on his way to work, they're still noisy, needy, LOUD, little buggers). I spent the morning working and job hunting and then drove to work. I was there 15 minutes, called a client ( a real paying job!) and then it was time to pick up the kids.

Boys were ready, Kitty said she and Bob would be at least another 1/2 hour so we went to the high school to finally return Bear's $99 calculator and pick up his grades and test results. He passed all of his classes (we already knew they wouldn't let him fail). On the state standardized testing he actually passed math (barely) this year - first time since he's moved here, but failed reading and science. Of course 5 minutes after we left for the school the girls called and said they were done (30 minutes round trip).

Had an adoption support meeting tonight. It was good, but I feel like I took over the meeting to complain about my kids. It was supposed to be about giving up control of our child while still being in charge. As they get older we need to be letting them control themselves more. Basically that won't work for my kids because they need someone cont. Poor guy giving the training.

How am I going to find time for a full-time job? Worst part is I know I'm letting things fall through the cracks. It's 1am. Better make sure all of dinner is put away and get some sleep.

You amaze me, and you confirm what I have long said, I get more done when I'm over scheduled and over-busy than when I've got "free" time to schedule and fill as I please. My first two days of Summer (yesterday and today) have been spent waiting for others and trying to figure out how to squeeze my own agenda into that time. I need to wake up tomorrow with a fresh face. I will remember you and be inspired.