Hubby finally uploaded some pictures off the camera and I got the network to work. So I felt like sharing birthday cakes! 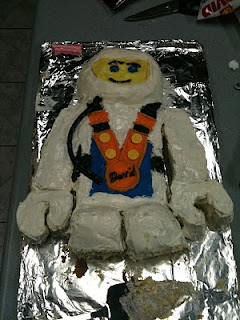 Ponito's 11th birthday Lego race car driver/astronaut cake (he wanted an astronaut, but secretly I believe this was really a race car driver). I forgot to take pictures before we cut into him so this guy is actually missing his legs, but I think he turned out pretty cute and a lot like the toy.

Kitty's 15th birthday cakes are here. I actually had pictures of them.


Didn't take a picture of Bear's b-day cake, but it actually turned out as pretty as this. It was rectangular though. 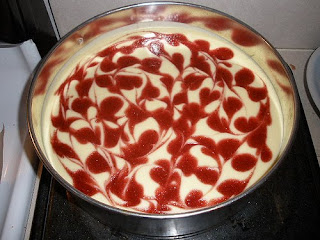 Bear on his 17th birthday holding a Bugs Bunny balloon made for him by my fav neighbor, Sharon. Bear shares a birthday with Bugs. Doesn't he look thrilled?!

Email ThisBlogThis!Share to TwitterShare to FacebookShare to Pinterest
Labels: birthday

Yikes! The picture of Bear scares me.

The cakes are awesome!

Miz K - that's after I told him to cheer up and smile for the camera!

Kristina P - thanks! I love making cakes. Even the disasters are yummy.

I think he's kinda cute (Bear, that is). He just does't want to be anywhere near a balloon rabbit. It would, you know *ruin* his reputation.

Now, if you made a Lego man cake in my house, we'd expect the hands to be in one room, and the head in another ... (good cake hands, btw).