I feel like we keep locking the barn doors after the cows are already gone. Bear, our 16 yr old RAD son, has been busted yet again, and we don’t know what to do next.

We recently discovered that he has been raiding Hubby's rarely used bottle of Grand Marnier (an expensive liquor) that Hubby keeps in a top shelf in the pantry. Bear had been drinking it and replacing it with water, and had finally drunk so much that Hubby (who rarely drinks it) finally noticed.

When confronted, Bear admitted to having drunk it, but claims it was only this Summer and not recently (a lie although it did probably start this Summer). I think he’s just saying this because he’s hoping that there won’t be consequences for something that happened in the past (He’s done this before – confessed to doing drugs in the house... over a year ago . When this happened in residential treatment, he was actually praised for confessing that he was using chewing tobacco. We pointed out that while, no, he hadn’t been caught and therefore didn’t HAVE to confess, his supply was almost out anyway and this way he got “extra credit” and no consequences.).

We feel stupid for leaving the bottle accessible, but he’d shown no interest in alcohol before (yes, lame excuse, but we don’t want to live like we’re wardens in a residential treatment center – he’s supposed to be better).

So what should we do for consequences? 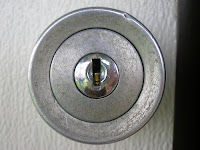 We did cancel his ROTC meet this weekend that he was going to be allowed to skip weekly therapy for.
Because of his food stealing, the week before this discovery we’d put locks on several doors in the house that prevent access to the area we kept the alcohol in (he drank all the alcohol so that was no longer a concern anyway).

He’s not on line of sight supervision, but he’s pretty close, so grounding wouldn’t make a lot of difference. We could take his house phone privileges, but that’s not a very logical consequence. He’s already working on a DARE project at school. He’s already been to visit prisons while he was in residential treatment. Alcoholics Anonymous meetings would probably trigger his C-PTSD issues, but we could probably work around everyone else’s schedules to get him there. He doesn’t have a cell phone, will probably never be allowed to drive a car at this rate… I don’t know what to do. If we don’t do anything I know he will feel that he has “beat the system and won.”

Since he usually doesn’t commit the same offense twice I’m freaking out over what he’ll do next. We don’t want to be jailers/ wardens. None of his siblings deserve to live in a prison, but neither do they deserve to have their stuff stolen.

Back story if you’re interested:
A few weeks ago, several PS2 controllers that I’d confiscated from the boys for breaking who knows what rule (probably having food in the playroom and not getting off when their time was up), were discovered to be missing. Since Bear is the only one who steals, and he usually prefers to steal family electronics, we assumed that it was him that did it. I searched his room and the garage, but didn’t find them. I’m now assuming he sold, traded or gave them away – I don’t even want to think about for what. Bear has finally stopped hiding most stuff in his room because he knows I search occasionally, but the junk food I always find in there, I feel he is flaunting in my face.

Recently I’d gotten tired of finding icing containers, candy wrappers from entire bags of candy, moldy food, ice cream containers, etc. in his room that, added to the missing controllers to me said it was finally time to alarm his bedroom door. Hubby was against it. When confronted about the food, Bear says he’s a growing boy and hungry in the middle of the night. Bear officially stopped growing 2 years ago (his growth plates are closed). What he is taking is all sweets (which we rarely have in the house anyway). We’ve discussed the fact that he has an addictive brain and at the moment his addiction appears to be sugar (although it has also been drugs, tobacco, and apparently alcohol…). He’s never been a good sleeper and the idea of him wandering the house at 3 am is nerve wracking.

We’re taking him off of Seroquel (which he’s been on for over a year) since it’s been known to increase appetite, but it’s also known to help with sleep so I’m worried he’ll be up even more. Not to mention he’s highly volatile emotionally right now so I’m nervous about taking him off of one of his mood stabilizers (he’s still on Lamictal, Trileptal and Amantadine). None of the sleep meds he’s ever taken have helped him sleep (he’s on 6mg of Melatonin right now- the max).

As a compromise, last week I put key locks on the pantry and inside garage door. This means that he no longer has access to food in the middle of the night except for approved snacks. Everyone was so excited because we can finally have ice cream in the house again. It also means he will not have access to the garage or outdoors (all outside doors and windows are alarmed. The garage was too, but the new lock now prevents him access to the control panel where he could turn off the chime that goes off when a door is opened. We’re not sure if he’d discovered that feature of the downstairs control panel, but better safe than sorry). So he can no longer hide stuff in there or steal tools.

There are several big problems with the new system. One, it means we’re constantly having to let someone in to those rooms. I guess we could leave them open when he’s not home, but most likely that means we won’t remember to lock them later. Two, in his mind it means that anything not protected is OK for him to take. In fact he apparently feels it is permission to take it.

Sometimes we are in a parallel universe as you have said. No alcohol for Dustin (yet?! she sighs)but the locks, holy mercy I am tired of locking up everything I own. And FOOD ISSUES don't get me started.

I am thinking about you.

*sigh* Just sympathy. We called the police for the first time this weekend on our 10 year old dtr, who got up in the night, stole candy from the pantry, left the house at 1 a.m. to walk all the way around the house to the garbage can to hide the evidence.. we woke up & discovered her missing, freaked, found her in the basement "looking for dad, b/c she had a nightmare.." ALL a lie. Put a door alarm on my own bedroom door (she sleeps in our room!) and then locked our pantry up.

I, too, feel for you. Would it help to know that bio kids can be that bad?

I think that before worrying about consequences of this instance, you should find out if there has been more alcohol usage. Being a spy, again, checking the garbage cans. Although the meds he is on may make the signs of alcohol use more dramatic?

I wonder. Does he just play at thinking anything unlocked is his, or does he really not get the difference? I bet there are social skill games that help to teach a "kid" the rules for what is personal and what is public. Maybe as a punishment you make him play these games. If he already knows, it is a punishment, but if he doesn't already know it helps him learn...

As for the alcohol, an idea I have that probably isn't good, but may spawn better ideas, is to have your husband offer Bear a drink on Thanksgiving or Chirstmas, but the drink be 90% water, which Bear would discover upon drinking. Tit-for-tat. "Well, I thought since you put all that water in my alcohol, that is the way you like it!" or "It isn't nice to sit down to a good drink and find it is mostly water, is it?"

I know it's kinda late but if the situation ever arose again...are your other kids capable of understanding the concept of 'Don't tell Bear'?

If they're not, I have no idea. If they are, would a combination lock work? That would allow the non-prison-deserving kids to access stuff without Bear accessing it, wouldn't it?

Obviously he's been out of the home over 2 years (and in prison), but if he wasn't then a combination lock could be a good idea. I'm not sure how we'd use it without doing major damage to the house installing the hasps needed to use the padlocks. http://homeguides.sfgate.com/install-hasp-door-lock-49900.html

Same Anon as above:

I don't know but based on the fact that they're sold as ideal for rented holiday homes, I'd guess you don't need to do the hasping since rented doesn't typically allow you to drill.