How we found our kids


To start with, I've pretty much ALWAYS planned to adopt. Especially after having a focus on child abuse and neglect with my psychology degree in college - I did adoption research on open adoptions as well. Hubby was really more interested in adopting his niece and nephew (abusive, drug addicted, neglectful mother, who slept around - actually very similar to Kitty and Bear's biomom in a lot of ways.) We were convinced that this was going to happen for many years. Eventually my BIL actually got his act together, married a nice girl - mentally deficient, but nice, and got custody of our niece and nephew (and guardianship of their half sister). A year or so later he took off and abandoned the family. The kids ended up going back to biomom! Our nephew moved in with my MIL. It was all so not what we wanted for them, but at least my nephew is out of the situation.

Meanwhile, we started looking at adopting from foster care. We went to the state when Bob was almost 4 and Ponito was one. We took the Pride adoption classes and thought we were ready. I knew I could handle special needs kids because Bob had been a total handful and we managed to get through her terrible twos (which started at 17 months and ended at 4!!). Our references even mentioned how well we'd dealt with her spirited behavior. (Which reminds me of my FAVORITE book - Raising Your Spirited Child by Mary Sheedy Kurcinka - I highly recommend this book).

The state decided for us that our daughter needed to be assessed, so we took her to a therapist. After a few sessions of no break through, I went to visit Bob's daycare without the baby one day, and stayed long enough that the kids stopped paying attention to me. The 3 year olds were watching the movie "Iron Giant" - Yes, that's a PG movie! Yes, I pitched a huge fit! One child would accidentally bump another, that child would turn and shove, someone else would hit, and the teachers did NADA! I found out later this school had tons of issues with boundaries. We pulled Bob immediately. The therapist saw her two more times and declared her perfectly normal. We took this information to the state caseworker, but she had already made up her mind. We were told to come back when Bob was 6.

That may have been God watching out for us, because I was interested mostly in a sibling group of 2 or 3 and didn't know about the "No child older than your oldest child" rule at the time. That would have been 5 kids 5 and under. Maybe not the best choice!

Hubby lost his job when the hi-tech industry crashed and was unemployed off and on for years. 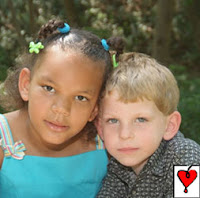 Then he decided to go back and get his MBA. In October of 2005, my sister and her two children moved in with us, and my husband lost his job again. I felt a calling to look at the adoption websites - crazy I know! I saw these two children (among others of course) and they really appealed to me, the girl was a year younger than Bob, the boy a year younger than Ponito. The boy, Z, and Ponito looked a lot alike, and the girl, D, (despite her obvious racial difference) looked a lot like Bob. They'd been on the Texas website since June. Still, the the timing was all wrong.

In February, I felt the calling to look again, and these two were still there. I mentioned this to Hubby, convinced he would tell me I was insane since my sister was just getting ready to move out and he was still unemployed, but he surprised me and said we could look into it!!

So I signed up for classes with an agency that I had actually briefly written foster care homestudies for when Bob was an infant. They had just started doing adoptions as well. The orientation was on my birthday in April. It seemed God was telling us this was right. Hubby was still unemployed, but we decided that we would go ahead and take the Pride classes and just not get on the lists until he had a job. Coincidentally, Hubby's first day at work was our first day of class in May. I started pushing to get us a homestudy ASAP, because we were still very interested in D and Z.

We got our license in the beginning of July. I found out that D and Z had been pulled from the website only 3 days before. I assumed they had found a home, but that still meant I needed to start looking for new kids.

Side note - I got another urge to look at the website a few months ago. http://www.dfps.state.tx.us/Adoption_and_Foster_Care/Child_Search/default.asp D and Z are back on the Texas website, but they are now listed to be adopted separately. So sad. I guess they had major issues that keeps them from being adopted together. Again, God was probably watching out for us. 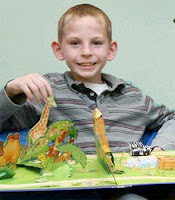 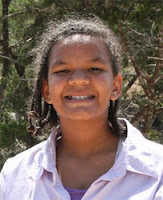 Edited 4/21/15: D has officially aged out of the system, but Z is still on the website. They haven't updated his photo in many years (although it is more recent than this one).