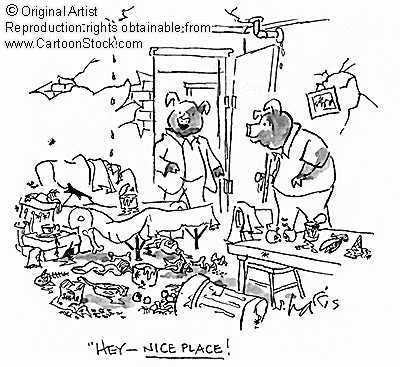 Yesterday I taught my children a new word. Amnesty.

It started with a trip to Wally World with Bear after checking on his removed tattoos (he had them removed on his birthday the day after his adoption day - 7 weeks later they look OK, kind of like a healing burn).

Soon after we entered the store, Bear had to go to the bathroom. So I let him go and stayed in the same general area of the store so he could find me again when he was done. Bear has bathroom issues and can take up to 30 minutes. We have him on stool softeners because many of his meds make him constipated (Sorry about the TMI). When he came back he wanted to go to the electronics department. I wanted to go to the jewelry department right next to it so I let him go on his own. When I came looking for him he was talking to a worker at the cell phone booth. She was telling him all about how the plan allowed parents to adjust how long you could make calls or text. I told him he was not getting a phone, he didn't need one, and it was time to move on. (Soon after we got him we'd given him a cell phone as a present - not knowing any better. He ran up a $450 bill twice in as many months so we took his phone away and I started using it when mine got lost. In June when he was kicked out of Summer school, we also found he had stolen "his" phone back from me.)

A little while later we're in the back of the store and he has to go to the bathroom again. I asked and he said he was having "issues." I said there's a restroom on the back wall, but he said the front restroom was closer and took off (we were 2 aisles away from the back restroom). I waited and waited and he didn't show up. After 20 minutes or so I got suspicious and started to head toward the front of the store. Sure enough, he's walking away from the electronics area, holding his wallet and a brochure. When I confront him, he says he saw his wallet on the ground on his way back from the restroom. Needless to say I don't believe him, but there's not much I can do about it.

A little while later I notice him pulling a small bottle of cologne out of his pocket. I confront him and he says he didn't realize it was in his pocket until just then. I have bought him this type of cologne before so it's possible it is his. I warn him that having things in his pockets like that is asking to be accused of shoplifting. He hits the restroom one more time before we go. I wait near the door and he really is in there for 10 minutes.

Things often go missing around Bear. He "borrows" things and they don't come back, or come back broken (actually Kitty too). Batteries disappear, headphones and sunglasses are his biggest victims - at any one time we have 6 or 7 broken headphones, and 3 or 4 pairs of broken sunglasses in the house. The Granparents were upset because after the kids visited about 3 weeks ago the batteries for the remote control disappeared (all the kids always need batteries for their MP3 players). Last weekend, Poppy loaned Bear a very expensive set of headphones, with the understanding that they wouldn't leave the house. An upset Poppy called us and asked where they were. Bear said he left them on top of the TV. Poppy searched on and around every TV in the house. No headphones. When Bear came to spend the night this weekend, Poppy asked again about the head phones. Bear messed around in his back pack, walked up to one of the TVs, dug around the side of it and came up with the headphones. Poppy knows he looked there.

So I decided that things needed to change. I was tired of the kids walking around with things that didn't belong to them, wearing inappropriate clothing (too tight, too short, sleeveless - many of my kids need to stay out of the sun because their meds make them photosensitive). So I declared an amnesty day.

The children were to take everything out of Grandma's house, and put it in the family room at our house. Then they had to search our house looking for contraband. They needed to bring


2. All candy - several of the kids have issues.


3. All food and dishes in the wrong parts of the house.


5. All electronics, broken or not. All headphones too.


6. All clothes and shoes that no longer fit or were considered inappropriate.


7. All movies upstairs or in rooms other than the family room.

The kids were told that they would not get in trouble for anything brought to the Amnesty meeting. I then sorted through the stuff, throwing away the broken stuff. Sorted the clothes, tossing the overly stained and putting in Goodwill piles everything else. Labeled any electronics and CDs as to who they belonged to. We talked a little bit about what was appropriate to wear outside of your bedroom and I reminded them that they had robes and were expected to wear them! I'm tired of seeing bellies and bra straps.

Without an explanation I asked Bear to bring me his backpacks. I emptied them and gave him a see through mesh bag. He complained that it was not big enough. Today I found a clear plastic backpack that I will give him. I also need to remind everyone that there will be no more borrowing.

I will probably do room searches tonight. It is time to tighten up the reins a little. I've been letting things slide and that's not good for the kids. It's not FAIR that one child can break and steal everyone else's things and not be held accountable. Hubby hates being the warden, but I think this is what the children need right now. It's like childproofing your house. We're doing it to keep them safe. That and I'm tired of constantly being the clothing police. They can't wear it if they don't own it!

Mary
Posted by marythemom at 2:11 PM