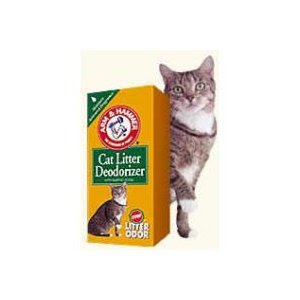 Almost forgot to tell y'all that Ponito's bumps/hives came back the next night. This time not as bad, but now on his thighs and a little on one shoulder. With some experimenting over the next few nights we discovered that it is most likely the fact that he was sitting/ laying on the carpet to put his PJs on. He stopped doing that and his skin has been clear ever since (although he's still a little miserable from the airborne allergens giving him a runny nose, congestion, and headaches - Cedar fever in TX is miserable for everyone. If you don't have allergies when you come here, Texas will give them to you!).

The carpet came with the house and is now 16 years old. Of course we can't afford to replace it in the whole house, although when we added on to the house 4-5 years ago, we changed most of the downstairs to ceramic tile.
3 months after the kids came to live with us, Kitty got hives. Bad ones. Ones that wouldn't go away for weeks and made her totally miserable. Of course we had no idea why. I called her former foster mom and asked about allergies, but she said Kitty didn't have any and had never had hives in the 1 1/2 years she'd been there. We checked the laundry detergent, we tried removing foods (every try telling a child with food and trust issues that she can't have something? She instantly craved it and had to have it). We were pretty sure it wasn't the pets, but we made her start keeping her bedroom door shut so they wouldn't go in there.

We finally realized it was worse when she sat on the carpet in the playroom or her bedroom to play dolls with Bob. We told her to quit playing on the carpet (which she often forgot), and pulled out the carpet in her bedroom, and just painted the plywood because it was too expensive to redo the flooring in her room (at the time we figured we'd have the cash to replace the carpets soon - hah!). 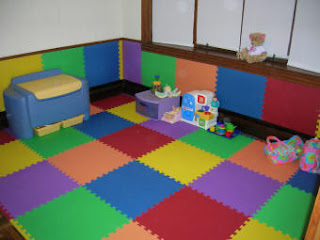 Her room is on the second floor so it was super noisy right above Bob's room so we put down these rubber mats that link together like puzzle pieces (the back side is a dark grey so we use that side up because it makes Kitty feel more grown up).

Now I have to say I love this flooring! It's much easier to clean, doesn't hold odors as much as carpet (important in Kitty's room!), deadens the noise of her falling out of bed in the middle of the night or walking like an elephant to the bathroom), and if she damages a piece we can just switch it out and when we're ready to install carpeting room prep will be a snap. Still, it's not an option for the whole house, so Ponito is just going to have to change clothes without sitting on his carpet!

Speaking of carpet. I found a new product that really works to remove odors! Arm & Hammer Cat Litter Deodorizer with Baking Soda. The master bathroom is carpeted, and although the little "potty room" is not, when the potty overflows (which it does often despite everything I do for Kitty's constipation) it usually seeps right into the carpeted area as well. Needless to say after years of this the carpet in there does not smell great and I was getting ready to just rip it out despite having nothing to replace it with when someone mentioned the Arm & Hammer deodorizer.
They suggested sprinkling it on the carpet and letting it sit for several days before vacuuming. I have to admit it worked! The room no longer smells like body waste! Unfortunately the scented powder contained something I'm allergic to so I was miserable for the whole 3 days. Still... better than having to deal with bare plywood floors!
Posted by marythemom at 8:56 AM