Swimming in the Ocean 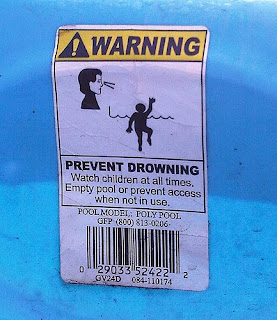 Hubby grew up on a farm in rural Nebraska. His dad was the original Marlboro man. He was the strong silent type with a work ethic that never quit and was ALWAYS respectful, responsible and honest (Yes, this is where Hubby gets this and why I married him!). Besides appearance and the smoking thing (Hubby doesn't), the only difference between Hubby and his dad was that Hubby had more in the way of empathy. If he hadn't been an engineer, Hubby could probably have been a counselor.

In that respect Hubby would probably have been a much better counselor than I because he expects people to live up to his expectations and maintains strict boundaries. Whereas I tend to be a rescuer and create learned helplessness (although I'm much better now than I used to be). I don't always hold strict emotional boundaries either, and I operate in a world of greys rather than black and white.
Obviously we're very different, and our approach to handle the kids is often different as well. Usually Hubby leaves it up to me as I'm the one who reads everything and am mostly the primary caregiver, but lately I've been overwhelmed and not sure how to proceed with Bear so for awhile, Hubby took over. That lasted about 2 weeks then Hubby got a full-time contract job in addition to running our company and didn't have any time left. So it's mostly back on me, but I'm usually going to Hubby for advice.
I know I've talked before about the differences between Hubby and my child-rearing philosophies. After the Katharine Leslie seminars this has become even more apparent. Katharine says we must teach, reteach, and have them practice everything. Until the child is ready to become part of the family his or her world should be pretty small (Basic Accomodations vs Luxury) and there should be correspondent exchanges vs complementary. This is counter-intuitive in a lot of ways and most definitely is NOT FAIR. (Katharine's definition of "fairness" is eeryone getting what they need, fairness is not equal.) 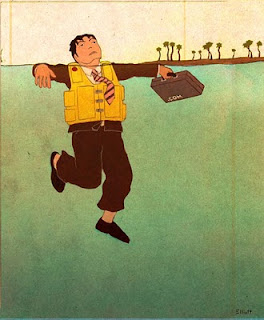 Hubby doesn't see the brain damage and the dysfunction. He thinks the school's testing of Bear's IQ and abilities are wrong (he thinks Bear deliberately "dumbs down" to make life easier on himself). He strongly believes that since Bear is practically an adult then we need to let him discover that he can't act this way in the real world. I think of this as like teaching Bear to swim by throwing him in the ocean.

I've tried to explain to Hubby that Bear can't learn by watching everyone else swim. That despite his age and size he needs to go back to the baby pool and get over his fear of water by splashing around. That someone (us) needs to help him form each and every stroke and have him practice, practice, practice. That he may never be able to swim in the ocean and just because he's going to be there soon is no reason to skip steps or not take advantage of the little time left that we have in which we can force him in the baby pool.
I feel frequently accused of "holding a grudge" by my son because he subscribes to the "out of sight out of mind" philosophy. He is pretty much incapable of controlling his impulses and not lying, but school, and foster care and group homes have taught him that he can "earn trust" with a point system and that every day is a "blank slate." I feel like I'm the only one in his world who thinks he should not only be held accountable but taught the right way to do things - including earning trust, but because I'm not sure how to do this without going full-blown into what Katharine suggests... I feel like everyone might be right. Maybe I should just go with the flow, "parent him with love," work on fun attachment stuff, and just let whatever happens happen...
......................................... oh who am I kidding?!
Anyone have any suggestions how to convince Hubby that I'm right and he's wrong? *grin*
Posted by marythemom at 3:17 PM

Besides time? Absolutely none! Sorry :(