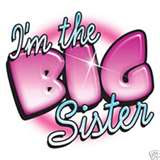 I've been so busy getting these new school year letters written that I haven't been keeping up here. First off, it's official I have a little brother.

We're still waiting to get pictures of him, and he won't move in until this weekend, so there's a lot they don't know about him, but we're all pretty excited around here (and I admit I'm a little freaked out - he's 27 years younger than I am!). I've been teasing my little sister that she's not the baby anymore!

Hard to believe almost all my children are older than he is. His siblings (who will be in other homes in the same city) are the same age as Kitty (15) and Ponito (11). My dad and step-mom have "legal custody" which I've never heard of before.

Bob is excited because even though he's almost her age (he's almost 14 apparently), he's only 5'5" and of course she's almost 6 foot now. He's the same height as Kitty, but my dad thinks he'll probably end up about 6'2". Everyone here is dying to meet him. Dad is guessing it will be this Summer.

Posted by marythemom at 8:47 AM

congratulations. Hope you get to meet him soon.

Summer is sooo far away!