Labor Day weekend four years ago is when we first met the kids (Kitty and Bear). (To read about "How we got the kids you can go here. If anyone is interested in more about that first meeting I'd be happy to do a post. You can play - spot all the red flags we missed!).

We don't do much, but this holiday/anniversary is something we celebrate. Usually with Sparkling Grape Juice (a family favorite).

We started the day with Breakfast Soup

(Some water with flour thickener, a cup of grated cheddar cheese, the remainder of a queso - yellow cheese and salsa - dip we'd gotten free in a meal deal, and some leftover torn apart Sonic tater tots we hadn't eaten because they were underdone). It was supposed to have meat or bacon in it, but I didn't have any bacon and I didn't want to go crazy on putting too many expensive ingredients in it because I figured it wouldn't get eaten.

It looked disgusting, smelled good, tasted fine, and a few of the kids actually ate it (not Bob of course).

We had arranged to go to the lake with my little sister, her husband and her two kids (his 3 were with their mom for the weekend). We ended up getting a late start, but it was lovely because it had rained early in the morning so most people had apparently cancelled their plans to go to the lake so it wasn't crowded at all!

Bear had finally managed to get his last few pool skills done with Hubby (Hubby is a scuba instructor) the day before, so this was his first official open water dive (he has one more before he can become scuba certified like Ponito). Hubby tried to let my nephew get a taste of scuba diving, but it was a little too overwhelming. Hubby ended up taking Bob and Ponito for a 1/2 hour dive. There was just enough air left in Bear's tank (nerves cause him to really use a lot of air), for my brother in law to get to do a quick dive with Hubby (he's certified, but hasn't gotten to go often).

In the meantime, my sister and I stayed in the shallower water with the rest of the kids. All but Kitty had a great time swimming and playing with each other. Kitty played for awhile, but then got "bored" and went and sat on a rock. We all had on sunblock, but Bob and I burned anyway (usually it's just me since I'm the only non-Native American in the family). It was a lovely way to spend the day.

I spent quite some time reassuring my sis that I really do love her new house and then had to explain why I didn't seem enthusiastic when we toured it on Sunday. It was hard explaining that it was because I look at it from a totally different perspective than she does, and I'm thinking will it be OK for my kids to even visit? Stuff like:

At my sister's suggestion we'd stopped at a great barbecue place for sandwiches which we ate at the lake (well, everyone else ate their sandwiches, Hubby accidentally forgot to order mine. I did mooch some off my sister so I didn't starve). I admit I did tease the kids by telling them they would all have to order chili (kind of a soup!) instead of barbecue, but we let them order. No soda or chips though.

When we got home from the lake the kids were supposed to do chores. They did a little, but Kitty was antzy to go to the mall, so she couldn't tolerate much redirection on how to do the chores right. She swore she'd do them when she got home, but of course that didn't happen (I thought the mall closed at 6pm - kept thinking it was Sunday, so we took longer at the mall then I thought). Will be interesting to see if she finishes her chores today. Probably not. She's too easily overwhelmed to add more. *sigh*

Kitty and Bear had gotten a package this week with Birthday clothes from one of thier bio-grandmas (B-days were in April and July, but oh well). None of the clothes fit so we returned them for store credit. Bear had kept the shirts (they all had Nebraska on them which you can't exchange here) so he had about $30. I had to explain to them why they weren't getting the amounts on the tags (no receipt). We rarely shop retail for clothes so this was the first time we'd been to the mall in over a year. I have to say I was really impressed with the kids purchases!

With her $40 (and my help), Kitty searched through the Clearance racks and ended up with several shirts and a pair of jeans that were all cute, trendy and flattering and even had a couple of dollars left over. Ponito surprised me by wanting to come on the trip, and promptly fell into the "I'm booorreed!" routine while Kitty shopped. Since none of the kids could be left alone, he was stuck with waiting while his sister looked at and tried on clothes, this got really old really fast.

Bear told Ponito that he would give Ponito some of his money. Bear is VERY generous like this. of course this is just one more reason Bear can't keep money in his pocket for more than a second, but it's still sweet. When it was finally Bear's turn to shop we discovered that the store didn't carry Wranglers, which is currently the only jeans Bear will wear. Problem! I told him he couldn't blow all his money on sunglasses, so we was frustrated. Bear found a couple of $5 t-shirts he liked (including a cute Oscar the Grouch one), and then we wandered the store for awhile. Finally Bear decided he would like to have a new watch and found a unique looking one on sale in his price range. I give it about 30 seconds before it breaks, but at last we were done and could leave!!

Bear realized that what he had added up to a little over what was on his gift card, and was going to put back one of the t-shirts so he could give Ponito the money he promised. *aaaww!!* I told Bear I would cover the couple of dollars difference, and that I would make sure Ponito got something too. 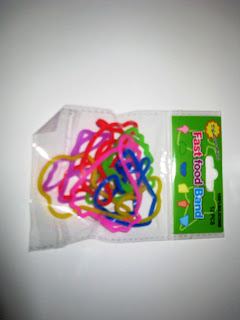 The problem was we couldn't find anything Ponito wanted for less than $5 (what I was willing to spend), and he began to pout. When we checked out, we had $.26 left on a card. I was really impressed with the kids shopping skills!! I was ready to toss the $.26 already and get out of the store, but the kids convinced me to let Ponito look a little longer. Finally we found some of those obnoxious silly bands that all the kids are wearing nowadays and I bought two packages for $5 (what a waste of money, but at least we were finally done!).

We got home and found that Hubby had made chili! *yea!* But he hadn't checked first to make sure we had beans so I had to run to the store. *boo!* At the store I bought cake, and had told Bob to put the Sparkling Grape Juice in the fridge.


We had cake for dessert with our Sparking Grape Juice, and I was popular and loved again and we lived happily ever after!!

Email ThisBlogThis!Share to TwitterShare to FacebookShare to Pinterest
Labels: anniversary

At least it was a great way to end the anniversary. You can be popular again next year :)

congrats on 4 years and what a great shooping day, I am impressed that they handled all that so well.