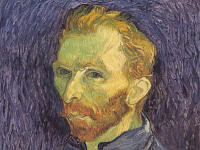 So one of Kitty's therapists suggested that Kitty's latest issues could be due to mania from adolescent-onset bipolar disorder. We can't afford to get her tested by a psychologist though (and they're not sure they could "tease" it out from her many other diagnoses.

We did find out in a recent meeting that Kitty was diagnosed with bipolar disorder in 3rd grade. Apparently many doctors will not diagnose bipolar in children so that may be why it was rescinded. We also found out that at age 9 and 10 her IQ was assessed at 106! Pretty big drop to the 76 she was more recently diagnosed with! Could be the 76 assessment was on a bad day, or the earlier assessment was from a less comprehensive test that wasn't as influenced by her learning disabilites.

We do plan on getting her assessed by the public school system (although we do not plan on putting her back in public school at this time - assuming we can afford next semester's tuition). So hopefully we'll get a more accurate IQ then.

I did talk to the psychiatrist about the therapist's concerns and he decided to cut her anti-depressant in half (can trigger mania), and quadruple the mood stabilizer (Geodon) that we'd been working on removing completely due to joint difficulties (TMJ). She immediately started wetting the bed again (she hates this) and has been complaining about body pains (although that could have been from ice skating last Saturday).

She went to a birthday party on Saturday and came home totally activated. If I wasn't already sure she couldn't handle public school with 30-40 kids per classroom, this would have been a major wake-up call.

She's continuing to spiral downward and I don't know how to stop it!

She's missed so much schoolwork (slow, taking breaks when she's "ill," refusing to do homework, faking being finished so she could play, out sick...). The school assessed how many workbook pages she'd have to do a day to get caught up by Christmas break - 38 a day! 50+ if she wants to catch up on the books she missed by starting school a month late. Last year she was finishing 26 easily, but 38?! I don't know what to do. I think she's overwhelmed by the work, and it makes her feel ill, which puts her further behind, which is overwhelming her more...

Bob on the other hand is easily finishing 36 pages a day - sometimes before lunch. She was just as behind as Kitty, but is now completely caught up and has even started taking pre-Algebra. The school assessed how many workbook pages she'd have to do a day to finish her work by Christmas break - 18! The child reads fast, focuses, and is super smart. At this rate she'll be graduating early and Kitty will be lucky to graduate by 21.

We've talked to the school about Kitty - a lot! We're asking them to back off and let her do fewer pages a day - we'll try to make up the difference over Christmas and Summer break. We've also asked them to let her drop Latin. To me this is asking too much of Kitty and she could be using the time to work on other things.

I've set up a homework folder for Kitty. She was "losing" her homework slips and using that as an excuse not to do her work. We had no idea that she even had homework (last year the girls rarely did). The homework folder has a page for each week. It has a spot the teacher can circle if Kitty left the classroom because she was "ill", and of course spots for how many pages in each subject she is supposed to do - and a place to check them off when she's done.

We're going to have to work at making sure she shows us this the minute we get home so she has time to do the work if she hasn't already done it. I admit it didn't occur to me until after bedtime tonight, and she took it into her room putting it on the floor by her bed so she would trip over it when she woke up and not forget it. Ok, now that I've typed that it looks suspicious. *sigh* Wonder what she's hiding.
Posted by marythemom at 8:25 PM

Mary, I still don't understand all these "workbook pages." It seems like that's the only measuring stick you ever mention. Is that all they do in their school is fill out workbook pages all day long? I really don't get it at all.

Latin? For a 7th grader doing 5th grade work? My son who's a senior in college is learning Latin and says it's really hard! If she's not going to be a doctor, lawyer or Catholic Priest she probably doesn't need Latin.

When I need to remember something I put a post it on the kitchen cabinet door. It serves as a reminder all the time... big ugly green note in the middle of my kitchen... works every time. Something like that might work for you regarding Kitty's HW folder.

RE: the IQ testing. Often the testing in early years is inaccurate. We have had kids test at 103 and 104 in 1st or 3rd grade andthen have a steady decline as the tests begin to test more significantly the intelligence they will need for adult life. IQ tests are just guideline so don't put too much faith in them.

Sorry to hear about the possible bi-polar diagnosis. I have two twith that and it is difficult to regulate. Finding the right med is hard but worth the search. My son stabilized on Depakote.

Quilted family - thanks for the input on the IQ testing. I'm hoping the earlier one is accurate, but you're probably right. Most likely she is somewhere in between, but we won't know until we can get her stable emotionally.

Kitty's brother Bear is also bipolar (as am I and my Mom). Once we got Bear on the right meds it made some amazing improvements. We tried him on Depakote and he gained 5-7lbs a WEEK. They also had him on such a high dose that he was like a zombie. Currently he takes a combination of several meds that seem to be really helping - Seroquel, Lamictal, and Trileptal probably are the main ones.