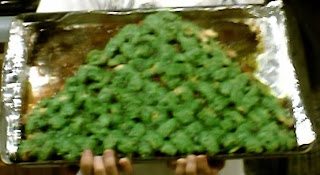 A friend of mine requested this recipe, and because it took so long to make the sketches I decided to put it here! (No wasted efforts!)

I told my Mom that mine didn’t always turn out like hers (On hers, the red filling bubbled out through the spaces between the braids, making "Christmas ornaments). She thinks it's probably because I use too many low fat, whole grains, fake sugar substitutes.

Take your basic homemade bread recipe (probably doubled). Make the cinnamon sugar mixture (she says use real sugar not Splenda or substitues because it holds the color better, enhances the cinnamon flavor, and makes it bubble through the spaces between the braids). 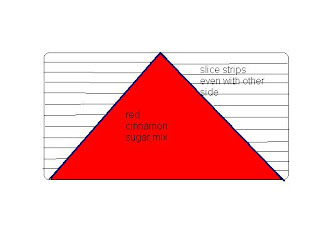 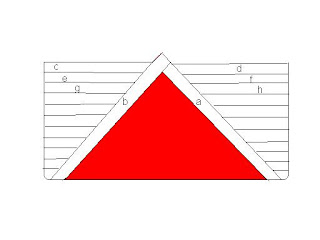 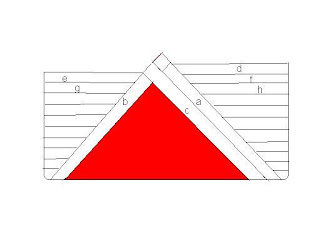 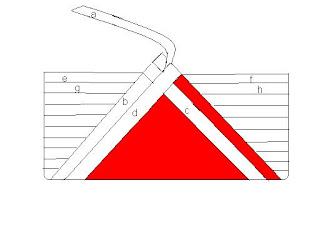 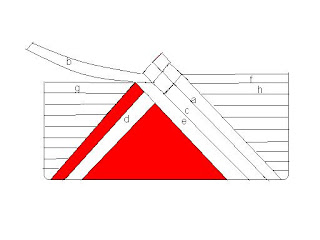 Do the same thing on the other side with pieces b and e. 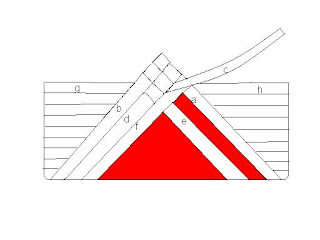 Do the same thing with pieces d and g on the other side. 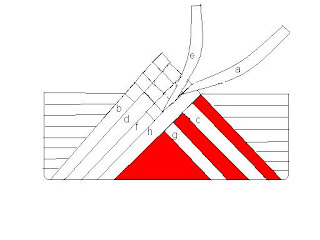 Now lift up and gently fold back strips a and e. Fold down strip h so that it lays adjacent to d. Gently replace a and e. 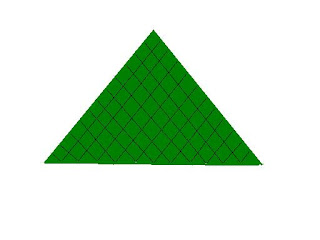 Continue to basket weave the strips until the entire “tree” is done and all the strips are used. Press the bottom edge of the strips to the base of the triangle to “seal” the edge. Carefully spread the green sugar mix over the top of your woven triangle tree. Don’t worry about getting it in the cracks of the weave, it will melt in.

Trunk (Optional):
Use a little extra dough at the base of your tree for a trunk (if you have room). You can cover it with any remaining sugar mix (mixed together the red and green should make brown! Or you could just use uncolored cinnamon sugar mix). You can make this a "lump" and coat it with sugar mix, or you can roll it like a regular cinnamon roll (Roll a flat strip 1/4" to 1/2" thick. Coat it with sugar mix. Roll up the strip.


6.   Allow the dough to rise.
7.   Preheat the oven to 375°F. I can't believe I never wrote down how long to bake this for! I guess you'll just have to start checking on it after about 20 minutes.  The red cinnamon sugar mix inside will bubble up through the cracks of the strips creating red “ornaments.” 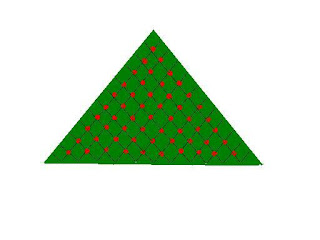 This is a beautiful, decadent treat that doesn’t really take long to make once you master the basket weaving. It's now a Christmas morning tradition along with Daddy's famous rolls.  OK, my mouth is now watering!!
Posted by marythemom at 7:48 PM

Wow, sounds great. I don't know that I have the patience or the time though this year, but hmm, maybe next year.