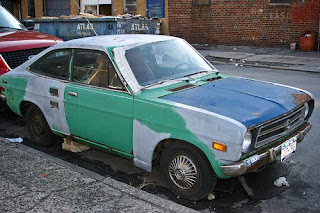 Hubby and I had a long discussion this morning about why we seem to have a disconnect on whether or not Bear is more intelligent than the IQ tests indicate. Long story short we finally agreed that whether or not he is more or less intelligent than 100 IQ, we need to treat his issues and remember that his IQ can sometimes cause him to get into worse trouble. We also agreed that we need to present a united front to the school. So now you can completely skip the analogy.

Here's the analogy (warning, I know diddly squat about cars!):

If Bear is like a car, then his intelligence (IQ) is the engine of the car. Neither of us think that Bear has the IQ of a race car engine. 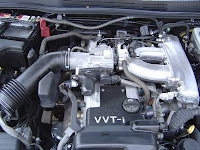 Hubby thinks that Bear's behavior when it comes to being sneaky and manipulative may indicate that Bear's IQ is more like a Lexus engine. 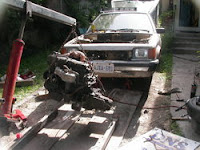 I agree with the school that Bear's IQ is more like a Mazda GLC hatchback (I drove one of these - it's a good car, but not a lot of power or speed).


The school says his overall IQ is about an 80 with which I mostly agree. He scores higher in verbal reasoning 90s, and much lower when it comes to things like working memory and working things through. I believe that a lot of what Hubby sees as examples of a higher IQ are actually learned behaviors and parroting. According to Bear's caseworkers, he had the example of a master manipulator, Biomom.

I finally figured out Hubby's reason for insisting that Bear's IQ is higher, If Bear really can do better, he doesn't want Bear to be given a break because,"he's not smart enough to do better," and he doesn't want Bear to get away with anything. I think I keep insisting that Bear's IQ is lower because I feel that is the only way to get the services, support and supervision, Bear needs and the few times Bear has surprised me, I think might be learned behavior or street smarts, not IQ. Bottom line is we both worry that people are not requiring Bear to live up to his full potential

Bear's main problem is that no matter what the size of his engine, it's housed in a clunker. The clunker symbolizes all disabilities, issues, history and gaps in his knowledge that prevent him from actually using whatever is under the hood. Even if he had a race car engine, having a messed up starter, alternator, carburetor... whatever, keeps him from being able to use it.
Another problem is the body of Bear's car is a clunker, but the school and most people often only see the shiny paint job and don't seem to notice that it covers a lot of rust. It took the school 9 months to realize that Bear was charming, manipulative and his appearance was hiding a lot of negative behaviors.

So to take the analogy yet another step.

What to do with Bear, especially this Summer. 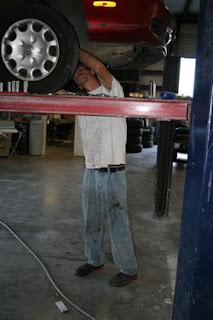 I think Bear needs to be put up on the rack to be worked on. The rack is restrictive and structured with pretty much no freedom, but it allows working on and potentially solving some of Bear's problems. When Bear leaves home he's going get out on the highway and race away, whether his car is working well or not. His drive control doesn't work and he will have a lot of wrecks.

It feels like everyone else is saying, he's going to be on the highway soon enough so we have to let him "try it." Most kids start out on bikes with training wheels and work their way up. Parents show them how to drive right by first acting as examples, then sitting next to them and giving them advice. By the time they do highway driving they have learned a lot from parents, and are basically polishing their skills.

Kids of trauma are not capable of learning by example or from role modeling. Bear is not able to ask for help. Hubby might be able to force Bear to listen a little for awhile, but the only way Bear is going to listen to any woman, especially me, is if he's up on "the rack" and has little choice. 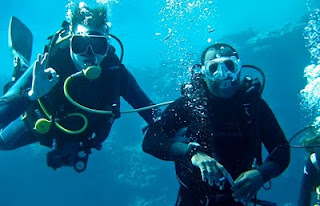 Yesterday Hubby took Bear for a scuba lesson (Hubby is an instructor). One of the skills that's supposed to be learned is to signal they need air, and then breathe off the auxillary tank. Hubby said because it was his tank he could hear Bear's breathing and Bear was practically hyperventilating. Bear later agreed that he was feeling a lot of stress. Trusting someone else to provide him with something as basic as air was really tough for Bear. (not a picture of Bear and Hubby)

I think Hubby now agrees with me. He'd rather not do it this way, but it's the only way Bear can get the help he needs in the time he has left with the people he has to work with (Grandma and I). If Hubby were home all the time then he could maybe let Bear try things with training wheels and Hubby doing ride alongs, but Hubby is not home. Hopefully Hubby is behind me when we continue to work with the school too.

Having both of you on the same page is so important :)

That's great that your husband is coming around!
I think you're right, I actually used to think more like your husband that the sneakiness indicated IQ, but now have realized it does not and totally agree with you.
The doctor said the sneakiness is a different kind of intelligence, its more of a survival instinct. And also a learned and repeated behavior like you mention. Also, kids with lower IQ can learn but only with tons of repetition and with high motivation in that area. Again more reasons why they are so good at it, they have been practicing and repeating and learning this sneakiness for a long time and from a young age. This does not mean that they are functional and able in other areas of their life where they have had less repetition and motivation.
Good luck!

I have a 17 yr who has a tested IQ of 51. She is incredibly sneaky and manipulative including the ability to have a single tear run down her cheek when busted lying or stealing while she insists her innocence. Because she is DD a lot of adults give her a pass which makes it very difficult at times.

Ditto on the no IQ needed in order to tell a reasonably good lie. Also that it is darned hard to find anything that motivates a child as well as the motivation to find a lie that hides misbehavior.

The most important thing is that you and your hubby make a united front when it comes to Bear. My wife and I struggle with that a lot and that is the one thing about parenting our child that's really damaging to our relationship.

I don't think the issue of IQ really matters. Does knowing a number change anything? A kid is capable of whatever he is capable, and knowing whether a kid is 50, 70, 100 or 130 doesn't really matter.

Encourage Bear to be the best Bear he can be, in whatever way you think will be most effective. In the end, he'll turn 18 and make his choices.

Hopefully, he'll learn the valuable lessons from you before the school of hard knocks catches up with him.