In which I'm thrown under the bus 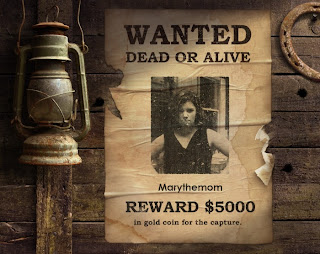 Monday morning Bear "missed" the school bus. I deliberately delayed upstairs until he would be a few minutes late, and then we left. On the way to school we talked about the fact that Bear had an ARD/IEP meeting on Tuesday. Bear repeated that he thinks it is all my fault that he is having to be escorted and in ISS for lunch. I told him (again) that this is happening because of his choices and reminded him that he is being watched to decide what is going to happen next school year (so he should behave). I also told him that I can not make the school escort him or give him ISS - I do not have that power. He just kept saying it was my fault. I continued trying to get him to accept some responsibility, and also mentioned that this is happening because he is not being safe or making good choices, and I need him to be safe...
A couple of minutes away from the school I called the behavior program and let them know we would be there in a few minutes so they could escort Bear into the building. This did NOT make Bear happy, and of course he was mad at ME. When we got to school he refused to get out of the car. This was made even more fun by the fact that his escort was to be Mr. P, yes, the teacher he tried to get rid of by accusing him of sexual harassment. Mr. P did not approach the car. He stayed about 20ft away. Stalemate. Bear was yelling at me to take him home. I wasn't going anywhere.
Finally one of the other Behavior Program teachers came up to Mr. P. talked to him for a sec. and then walked up to the car. I rolled down the window and she told Bear they wouldn't be holding his hand; they'd be hanging back and following discretely. His friends wouldn't even know he was being escorted. Then she said IT.
"I know it bothers you that your mom wants you to be followed all day, but we'll try to keep you from being too embarassed."
The only good thing was, it did get Bear out of the car and into the school.
Guess I don't have to wonder why he's convinced this is all my fault.
Edited to add: At his ARD today his caseworker said the same thing. The AP talked about the escorting being a valid need, but it was way too late.
Posted by marythemom at 8:34 PM

Someone needs to get a real bus and run THOSE people over. THE NERVE! After all your hard work... AND THEY SHOULD KNOW BETTER!!!! THEY ARE PROFESSIONAL EDUCATORS!!! RIGHT?!? Right? (crickets chirping)

Please, PLEASE tell me you said something at the ARD about the damage they caused?

Oh! Sorry, Mary - I'm logged in using my other account. I'm sure you'll catch that it's me, but it wouldn't let me switch easily without logging out of my IM, and I didn't wanna mess with it. I'll go join under this in a minute. And some point tonight I'll get a few minutes of sleep!
Your night owl neighbor, Sharon

Triangulate much? I cannot believe she said that! It's like they are setting up the battle for him!

OMG! The unmitigated nerve of these people!

Against stupidity, the gods themselves contend in vain. :(