ARDly worth waiting for 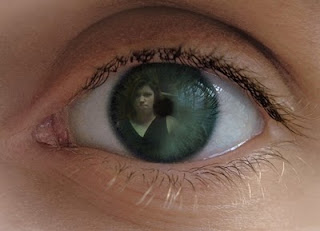 How did this ARD not meet my expectations? Let me count the ways.

1. The lady who wasn't running the meeting, but wouldn't shut up, who had never met Bear or read his file, kept saying things like, "Well, of course a teenage boy wouldn't be happy about that..." "When my daughter was a teenager she did that too..." "Bear, you said something earlier about going to the special school for one or two classes, was that because you got a warm, safe fuzzy feeling at the special school? (OK, not her exact words, but when we told her Bear was blowing smoke up our rears to get us to shut up and leave him alone, she wouldn't believe us and asked him again, and again.)" "Yes, Bear, please do talk to us about your feelings on this, because we really want to help you and we can't do that if you don't tell us what you want and only you can tell us what you want if there is anything we can do to help you be more comfy...." on and on without taking a breath (Bear usually needs you to wait a bit to give him time to answer and he was pretty shut down anyway.) "There's this great support program (Personal Center Planning) where you (Bear) would be in charge and could pick your support person, and they'll visit you once a month in your home and they can help you choose your new vocation and it will be so wonderfully supportive and will be just wonderful and you can pick..."

2. I was told (by my new favorite lady) that I should have scheduled the ARD when we "first started to see trouble"... because they need to try a bunch of stuff to a new Functional Behavior Analysis trying different behavior stuff (yes, I made them give me the permission slips). Ummm... helloo?!! I've been trying to do this!!

3. Because we waited until "too late." There is no way to get him back in the Special School even part time (although after 6 weeks it can be considered for part-time). It is considered the most restrictive environment available, and Bear's IEP that we just agreed to in January (before this huge downhill issue) reflects none of the accomodations we've been using recently (like the escorting) and addresses none of the behavior issues. We decided that this behavior was there during the Fall semester (although it's definitely worse), but that the teachers were probably cutting him slack and making allowances for his going back and forth between the special school and public school. Might even be that his worsening behavior lately is more because he's been more closely supervised (so they're catching more), and he's rebelling against he supervision, which makes his behavior worse, which requires more supervision...

4. The AP said straight out that there is NO way they can continue to escort Bear to all his classes and supervise him at lunch all the time next year. They just don't have the resources. We all agreed that a lot of the time Bear does not need this, BUT... when he does need it he NEEDS it, and there appears to be no way of predicting it (Loud Lady suggested just asking Bear - the rest of us just looked at each other and said uh, besides the fact that he LIES because he doesn't want the higher supervision, it changes in seconds. I tried to explain about Bear having the impulse control of a toddler, but she didn't get it.

5. Because the Loud Lady said we couldn't put him at the Special School next year, and the AP said he couldn't supervise Bear as closely as he and I agreed Bear needed, I did tell them, "I just want to go on record as saying I disagree with this decision. It's on your head if something worse than Poison Oak happens to Bear when he's skipping class because the school has stated they will not provide the supervision that Bear needs."

6. Bear's case manager sat quietly through most of the meeting. She spoke up to support the AP about not having the staff to escort Bear. She made a comment about the escorting that "Mary wants" not being possible with the school's resources (yes, she was sitting next to Bear). I did speak up and say, UH this is about me wanting Bear to be safe, and the AP supported me by agreeing that Bear needs the supervision. I had to laugh after the end of the meeting when Loud Lady was asking about Bear's support people at the school and I said I thought it was the AP. Case Manager agreed that he'd quickly grown to dislike all the behavior program staff. And I mentioned my pedestal theory (Bear puts people, especially women, on pedestals, and he's charming and tells them stuff to make them feel sorry for him - not necessarily lies, but not real issues. When they start to see through his b.s. and holding him accountable they are dumped off the pedestal and he hates them.). Loud Lady commented on the fact that Case Manager must be a support for him and Case Manager and I looked at each other and amiably agreed that no he didn't like her at all. Did I mention that Loud Lady doesn't "get it?"

7. There are no Summer school options for Bear, even though he cannot really pass English, because there are no special ed options and even if there were he cannot be adequately supervised. This semester his English grades are 54, 64, and 25 (not including the final). Wanna know what the English teacher wrote on his Progress Report under Academic Progress?

Bear failed to turn in his SSR Project for this 6 weeks. He is currently failing with a 25. He was doing well up until this point.

Umm... I don't know what her definition of "doing well" is, but mine does not include a 54 and 64! Still as the AP pointed out, what matters is the whole school year and Bear made As and Bs the first semester so he'd have to make obscenely low grades to fail and he is good enough at math to have figured this out

8. Bear will need another transition ARD now that his life choices have changed, but he needs to make some choices and maybe try some stuff out first. This Personal Center Planning person is supposed to be helping his with that.

So where are we now?

The one good thing was that most of the 12 people at the ARD had read my e-mail and it helped get us all on the same page. I want to say THANK YOU, THANK YOU, THANK YOU to all the people who helped me write it!!
Posted by marythemom at 11:39 PM

I wish you had gotten further with the ARD team. :(

that sucks, sometimes it is so frustrating working with the system! Hang in there.

Pin down who the "someone" is who will talk to the teachers this year to jump-start the BIP. Follow-up. Don't let this one slip under the cracks -- you need this year's teachers' opinions on that BIP!

" Bear will need another transition ARD now that his life choices have changed, but he needs to make some choices and maybe try some stuff out first. This Personal Center Planning person is supposed to be helping his with that. "

I think that is B.S. A's transition plan was about using her strengths so the team could suggest possible career choices, and figuring out how to explore those choices, and how to support that exploration.

If you have a "school for the severely disabled" in your county, contact them ASAP. That is where I got the real info on transition plans. I'll email you my county's contact.

I have a Visual Transition Program meeting tomorrow for him. No idea what that is. Loud Lady arranged it while talking about the Personal Center Planning stuff. It was hard not to zone out.

I totally pictured flowers blooming out of Loud Ladies head everytime she spoke to Bear!

I meant Lady's, there was only one of her right? lol