I can Bearly stand it! 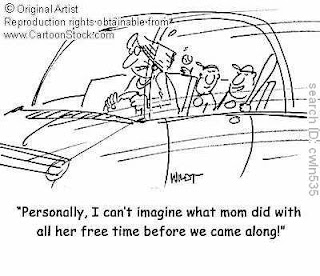 I would like to meet with you this morning to discuss the fact that Bear had 10 tardies and 2 unexplained absences last month, is frequently “missing” the afternoon bus, is failing 4 classes and apparently spent a significant portion of the day in Mr. AP's office yesterday. If you could call me to set up a time for this meeting that would be great (###-####).


I got a call Wednesday evening from Bear’s afterschool bus driver. She says that apparently Bear is claiming that she is leaving early, but that is not true. Today Bear missed the bus AGAIN. He called me at 4:12 which is the time the bus is supposed to leave. I happened to be very close by, and saw the bus on (the street in front of thse school) at about 4:15.

Bear is furious that I don’t believe him. He claims Mr. P (Behavior aide) escorted him to the bus and will back him up that it left without him. The bus driver says she
often sees Bear playing in the hallway with his friends and only going to the bus right before it leaves. She waits as long as she can and the other bus drivers will back her up that she’s not leaving early.

Bear claims if we start escorting him again he will "take off." Bear tried to talk to me while I was trying to hear the bus driver, and was furious that I wouldn’t listen to him at that time, and that I’m insisting on verifying his story. He also casually mentioned that he was in Mr. AP’s office most of today, but wouldn’t tell me why because he was mad at me. He later, during a 2.5 hour conversation, told Hubby that it had something to do with the boy who bit him and wants to fight him.

Can you please check on his stories, and let me know your suggestions for handling this? We really can’t continually rush over to pick him up after school every time he feels like skipping out or handle his explosive behavior if he has a bad day – especially if we are not aware of what is going on.

Attached is a “summary” of what I had hoped to discuss at the last parent-teacher conference. Obviously we got off on a tangent and these issues were not resolved. My request for another meeting was not acknowledged. I realize we only have a few weeks of school left, but I feel this is still urgent – plus, we have to figure out what to do with him over the Summer. He thinks he is eligible for Speed Camp and football next year. I’m assuming he’ll need Summer school, and want to discuss how we can keep this from turning out like the last 2 years (kicked out, skipping, failing, us not being kept informed…).

Of course this e-mail was not acknowledged, so after sitting in the Medicaid office for over an hour only to find out that despite what I was told they couldn't fix the fact that I am not listed on my kids' Medicaid as someone with the authority to discuss the account... I dropped by the school (had to drop off more med's for Bear too). I asked to speak to Mr. AP, but he was in a meeting. So I met with Mr. P and Ms. D (Mr. AP joined us later).

I know gentle readers that you'll find this shocking, but Bear's stories do not hold water! Bear claims a boy has been deliberately attacking him in front of the school cameras. Last week he claimed the boy got him in a headlock and bit Bear on the neck and scratched his face. The incident took place under the camera so you can't actually see what happened, but according to witnesses, Bear instigated the incident by saying something threatening to the boy and kicking his foot. Bear didn't spend "all day" in Mr. APs office, just the last period of the day which he has with the boy and refused to enter so Mr. AP let him sit in his office. He was walked to near the bus stop at the end of the day(which he still managed to miss).

We ended up talking for almost 3 hours.

We talked about Bear's failing grades (which he obviously can pull up to passing at the last minute because the teachers will accept late paperwork, even when they know he did not do the work himself). Ironically, he managed to talk his ROTC teacher into pulling up his LAST six weeks grade from a 40 to a 70, even though he actually skipped class that day because he "wanted to go to PE instead?!!" So I have no doubt he'll be passing ROTC at the end of the year despite having a 40 because he lost his uniform 3 months ago and has made no effort to reclaim it (FYI, $250 at the end of the year if he doesn't turn it in!).

We talked about football next year. Coach told Bear that if he was passing all his classes and attends Speed Camp and football practice for the two weeks before school (he dropped out last year during this) then he'll be allowed to be in football next school year. The school see why we wouldn't want to do it (we can't trust him to be where he's supposed to be when he's supposed to be there), but also think it might be a good motivator.

Nothing was really resolved. Bear might have to serve Saturday detention for the many tardies and unexcused absences if Mr. AP gets around to telling him. Bear was supposed to do some lunch detentions, but never showed up so this will make up for some of that. Mr. AP understands a little more about Bear. Oh and I got to meet Mr. P.

Bear spent 2 hours (after bedtime of course) talking to Hubby. He wants Hubby to fill out the paperwork for Bear to attend Speed Camp. I'll probably get to wear the black hat and tell him no. I did warn him that skipping class was not convincing me that he could "be where he's supposed to be, when he's supposed to be there."

I still have no idea what to do with the kids all Summer. There will most likely be no Summer School classes for Bear (not that he hasn't figured out how to get kicked out or skip anyway). What do you do with teenagers who are not responsible enough to have jobs and are too old for camp (not that we could afford that anyway). Grandma will watch the kids, but Bear intimidates her and I know she was looking forward to him being in Summer School.
Posted by marythemom at 9:00 AM

I'm so sorry. It all sounds so overwhelming right now. My daughter is only 7, so I really have no advice . . . but I do have a shoulder.

This is why I am supremely grateful for the fact that I am self-employed.

This summer, we are covered because our kid is going to a camp for kids with behavioral problems (paid for largely by the generosity of my father) but if she wasn't going to be at camp, at least she could stay with us.

Even if we could trust her, we still have the problem of her picking the worst possible people as her friends.

Foster Abba - I know it's been a tough decision for you to send Danielle to camp, but I do envy you the option. We can't use any of the teen resources in our area for the same reasons (can't trust Bear, and can't really trust Kitty either though for different reasons).

We own our own company so I could take a kid or two with me to work, but there is nothing for them to do, and bored RAD kids are not fun.

no good ideas, sorry but I do hope you find a solution.